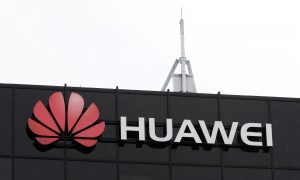 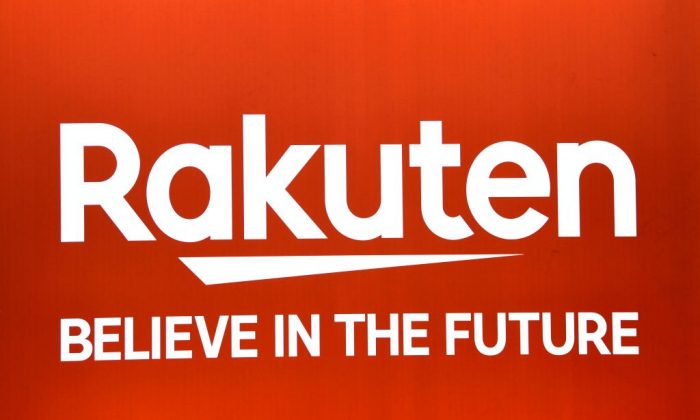 The Rakuten logo is displayed at the Mobile World Congress (MWC) in Barcelona on Feb. 25, 2019. (Gabriel Bouys/AFP/Getty Images)
Chinese Regime

Rakuten Mobile has chosen a domestic Japanese company as its 5G partner, in another setback for Chinese tech giant Huawei’s 5G ambitions.

Rakuten Mobile, the mobile subsidiary of Rakuten Group, and Japanese telecommunications and information technology firm NEC, jointly announced their partnership in a press release carried on both companies’ websites.

Under the agreement, the two Japanese companies would build a vRAN architecture in Japan for rolling out the next-generation wireless network, 5G.

To build up the vRAN architecture, Rakuten and NEC would also jointly develop a massive MIMO 5G antenna, to be manufactured by the latter at its facilities in Japan.

MIMO, an abbreviation for multiple-input and multiple-out, is a form of antenna technology that improves radio signal transmission, thereby improving network performance.

Rakuten Mobile and NEC also plan to install about 16,000 low-cost 5G base stations across Japan over the next five years, according to a Nikkei report. These stations are used to relay signals and provide 5G coverage.

According to the press release, Rakuten Mobile aims to roll out 5G services in Japan in June 2020.

Rakuten Mobile’s decision to bypass Huawei as a 5G partner came less than a week after another Japanese mobile carrier, Softbank, selected Finland-based Nokia and Sweden-based Ericsson as partners for its 5G deployment in Japan.

Japanese media Nikkei had first reported last December that Rakuten, along with three other major Japanese telecoms providers NTT Docomo, KDDI, and Softbank, decided not to use Chinese 5G tech, without citing a source. The latest news confirms Rakuten’s decision.

Huawei’s future is uncertain as it faces a U.S. export ban. In May, the U.S. Commerce Department added the firm and its affiliates to an “Entity List,” effectively preventing it from doing business with U.S. organizations and firms. The company uses a significant amount of U.S. components and software in manufacturing its products, though it is unclear how much the ban will affect its 5G business.

The Chinese telecom giant dominates the market in certain 5G equipment, but core components are primarily produced by U.S. and European firms.

The market for 5G base stations is currently dominated by Huawei and Ericsson, which together hold a combined market share of about 80 percent, according to data from London-based information provider IHS Markit.

NEC and other Japanese companies including Fujitsu, hold a total of less than 5 percent, according to Nikkei.