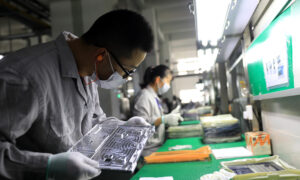 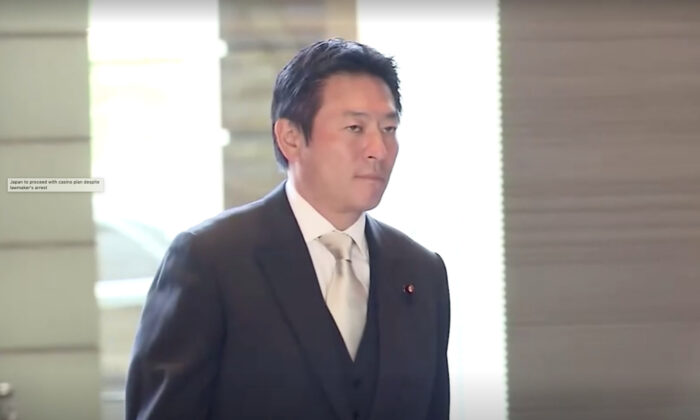 An official from Japan’s ruling party formerly in charge of casino policy was arrested on Dec. 25 on suspicion of accepting bribes from a Chinese casino.

Tsukasa Akimoto, a House of Representatives member from Prime Minister Shinzo Abe’s Liberal Democratic Party (LDP) cabinet, was accused of taking 3.7 million yen ($33,744) worth of cash and travel from a state-backed Chinese gambling operator, 500.com. He was the second House member arrested since 2010.

The 48-year-old lawmaker resigned from the Liberal Democratic Party following the scandal.

Headquartered in Shenzhen, the online sports gambling company had sought to develop casino resorts in Japan, an initiative falling under Abe’s goal to boost foreign tourism. Japan first passed a bill to legalize gambling three years ago, clearing the way for casinos to open in the country.

Tsinghua Unigroup told Reuters in an email that it was actively discussing the issue with 500.com’s management and vouched for its commitment to operating lawfully wherever it did business.

Prosecutors allege the bribery to be in the form of a donation to Akimoto’s political campaign ahead of the 2017 election, during which he secured his third term in Parliament. Akimoto received the money in a paper bag in his office at the Lower House office building, according to state broadcaster NHK.

“I think [this case is] a tip of the iceberg. But it is us, the voters, who voted in elections. So I think those voters may have responsibility,” 27-year-old Kanagawa resident Yuki Hashimoto told Reuters.

Japanese authorities searched the Tokyo headquarters of a pachinko parlor on Dec. 26 as part of the investigation, but did not identify the company. Pachinko is a kind of pinball game originating in Japan that has evolved into a national obsession.

Akimoto has repeatedly denied offering favors, saying in a Dec. 24 tweet that he “was not involved in any fraud” and “will continue to assert that.” He also said through his lawyer that he “can’t recall [such things] at all,” according to Japanese media.

“Prosecutors are too keen to detain me over such a trivial amount. I will fight it out,” he told Japanese newspaper Mainichi Shimbun.

Authorities have arrested three suspects from 500.com in Tokyo, including a former vice president, Zheng Xi, and two consultants.

Also on Dec. 25, prosecutors raided the offices of LDP lawmaker Takaki Shirasuka, as well as a former Parliament member for the LDP, Shigeaki Katsunuma. The homes of two of Akimoto’s former secretaries were searched earlier this month.

Responding to Akimoto’s arrest, Japanese Chief Cabinet Secretary Yoshihide Suga said it was “very regrettable,” but that the investigation would not impact the process of developing the country’s first three so-called integrated casino resorts, which are to start operating as early as mid-2020.

The accused company, 500.com, established a Tokyo unit in July 2017. Akimoto attended a symposium organized by 500.com in August that year in Okinawa, during which he also gave a speech. Later in December, he visited the firm’s headquarters in Shenzhen as well as its casinos in Macau.

Akimoto has admitted to using the company’s private jet during the visit but insisted that he covered the costs, according to NHK. Citing a political fund report, NHK said that Akimoto’s office reported around $23,400 of travel expenses that month, with payment made to a Hong Kong firm connected to 500.com.

The company’s shares on the New York Stock Exchange (WBAI) plummeted by as much as 5 percent on Dec. 26, in the aftermath of the investigation.