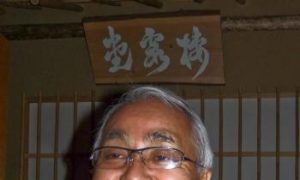 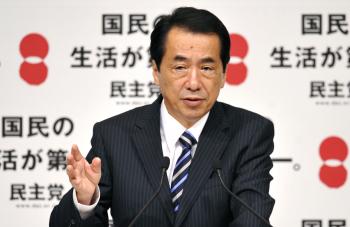 Japan's Prime Minister Naoto Kan during a press conference, after his victory in the centre-left Democratic Party of Japan (DPJ) presidential elections in Tokyo on Sept. 14, 2010. (Kazuhiro Nogi/AFP/Getty Images)
World

Marco t'Hoen
View profile
Follow
biggersmaller
Print
Japanese Prime Minister Naoto Kan showed determination to change the rapid growing appreciation of the yen Wednesday, Sept. 15, pumping yen into exchange markets. The value of the yen had risen in dollars and the exchange rate was far from the 90-yen estimated by a central bank survey, the Daily Yomiuri report.

For the first time in over six years, one of the largest single-day interventions took place, with an estimated 2 trillion yen being sold, according to the the Bank of Japan. The exchange rate reached 85-yen, and stayed in the lower 85 at Thursday's closing. Kan said Thursday in a Japan Chamber of Commerce and Industry speech in Tokyo, "We are determined not to allow the yen to make volatile moves, and we will take decisive action when necessary." The export-based economy suffers from a very strong yen.