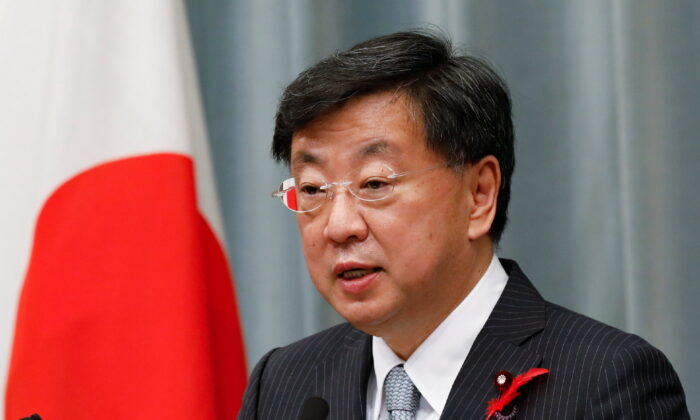 The government of Japan is seeking to revise its foreign exchange laws to block Moscow from evading sanctions by using cryptocurrencies.

A revised version of the Foreign Exchange and Foreign Trade Act will be presented by the government at the current session of parliament, Chief Cabinet Secretary Hirokazu Matsuno said at a press conference. At a parliament session on Monday, Prime Minister Fumio Kishida also stressed the need to amend the law and coordinate moves with Western allies.

The update “presumably enables the government to apply the law to crypto-asset exchanges like banks, and oblige them to scrutinize whether their clients are Russian sanction targets,” said Saisuke Sakai, senior economist at Mizuho Research and Technologies, according to Reuters.

Tokyo likely developed the law revision due to stricter international rules regarding the issue, as well as strong domestic support for sanctions against Russia, he added.

Following the invasion of Ukraine, Tokyo had frozen the assets of several Russian individuals and entities, banned the export of high-tech products, and revoked Russia’s most-favored-nation status.

Authorities also ordered the nation’s crypto exchanges to avoid conducting transactions that accommodate any sanctioned targets. Japan’s Financial Services Agency warned that such unauthorized crypto transactions will attract a fine of up to a million yen, or three years in jail.

“We are closely watching the situations of settlements such as crypto assets and SPFS in order to secure effectiveness of sanctions against Russia,” Finance Minister Shunichi Suzuki told the parliament on March 4.

SPFS is the Russian equivalent of the SWIFT global payment system. Western sanctions have cut off many Russian banks from using SWIFT for international transactions.

Japan’s decision comes as Moscow is increasingly ditching its traditional skepticism of cryptos and is currently embracing digital currencies amidst the struggle against global sanctions.

In mid-March, the Russian central bank included Sberbank, the largest retail bank in the country, in the register of information system operators. “Inclusion in the registry allows companies to issue DFAs (Digital Financial Assets) and exchange them between users within their platforms,” the central bank said in a statement. Sberbank is one of the financial institutions targeted by western sanctions.

Moscow is also okay with using digital currencies like Bitcoin for trade deals involving energy supplies, Pavel Zavalny, head of the energy committee in the lower house of the Russian Legislature, said at a press conference on March 24. Russia is one of the biggest suppliers of oil and gas in the world, especially to the European Union countries.

“We have been proposing to China for a long time to switch to settlements in national currencies for rubles and yuan. With Turkey, it will be lira and rubles,” Zavalny said. “You can also trade bitcoins.”