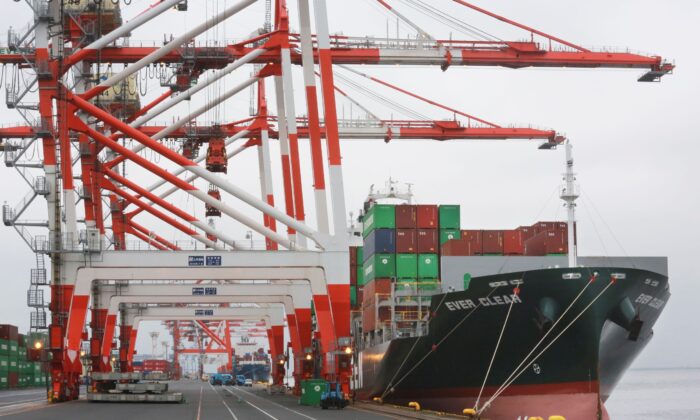 TOKYO—Japan’s exports jumped 20 percent and imports rose at an even faster pace in November as disruptions to manufacturing supply chains eased.

“The jump in exports in November suggests that most supply chain constraints in the automobile sector had already eased last month. We think that exports will remain strong over the coming months as motor vehicle exports recover further and external demand for capital goods continues to rise,” Tom Learmouth of Capital Economics said in a commentary.

However, global growth in trade has been moderating at a time when a new wave of coronavirus cases in many countries could stall recoveries from the pandemic.

Imports from the Middle East, mainly of crude oil, more than doubled thanks to the rise in oil prices from pandemic lows in 2020. But Japan also imported more soy beans, iron ore, good, and manufacturing inputs such as chemicals and semiconductors.

“Looking ahead, we expect a further normalization in auto production and the robust capital goods demand to support exports,” Norihiro Yamaguchi, senior economist at Oxford Economics, said in a report. “However, the recovery is likely to be moderate amid slower global trade growth partially due to weaker growth momentum in China.”