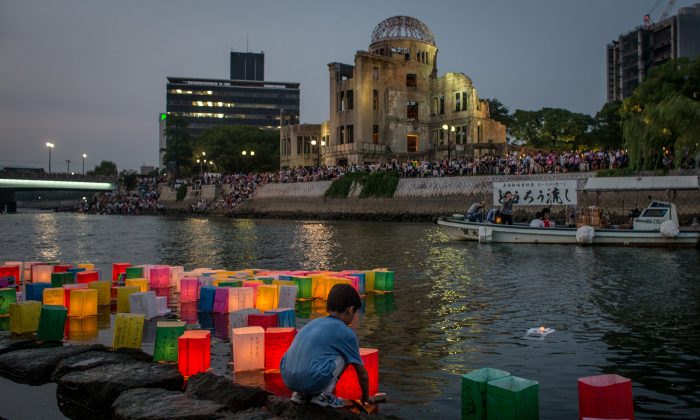 Japan to Open up Atom-Bombed Cities for Tours so World Can See ‘Realities’ of Nuclear War: Kishida

Japan will educate the world about the “realities” of nuclear warfare and its horrifying effects by inviting international leaders and youths to tour atomic-bombed cities, Prime Minister Fumio Kishida said on Monday.

At the Non-Proliferation of Nuclear Weapons (NPT) review conference, Kishida said that Japan would contribute $10 million to set up a U.N. fund to help youngsters learn about the effects of nuclear weapons.

Kishida, the first Japanese prime minister to address an NPT review meeting, said that Russia’s use of nuclear weapons in its war against Ukraine raised global concern about “the real possibility” of another nuclear catastrophe.

“As a prime minister from Hiroshima, I believe that we must take every realistic measure towards a world without nuclear weapons step by step, however difficult the path may be,” he said.

The United States dropped atomic bombs on the Japanese cities of Hiroshima and Nagasaki during World War II. Japan has since committed to peace and enacted the three non-nuclear principles of not possessing, not producing, and not allowing nuclear weapons into the country.

Kishida pledged to raise global awareness of the 1945 atomic bombings by inviting youngsters and world leaders to the two cities, including U.N. Secretary-General Antonio Guterres, who will visit Hiroshima on Aug. 6.

The prime minister also intends to host the Group of Seven (G-7) nations summit in Hiroshima next year to demonstrate Japan’s steadfast commitment to ending the use of nuclear weapons.

“By inviting future leaders to Japan and providing them with opportunities to learn firsthand the realities of nuclear weapon use, this will create a global network among the youth towards the elimination of nuclear weapons,” he said.

Kishida unveiled the “Hiroshima Action Plan” at the NPT review meeting, which includes a call for “a shared recognition” of the importance of maintaining the non-use of nuclear weapons record.

The action plan also includes a call for all nuclear-weapon states to disclose information on their fissile material production status, which Kishida believes would serve as the cornerstone for all nuclear disarmament measures.

Kishida emphasized the need to maintain the decreasing trend of the global nuclear stockpile as he claimed that there are still over 10,000 nuclear weapons in existence.

“Maintaining this decreasing trend is extremely important in getting closer to a world without nuclear weapons. To achieve this, I call on all nuclear-weapon states to engage in a responsible manner,” he said.

The nuclear-weapon states are the United States, China, France, Russia, and the United Kingdom, all of which are formally acknowledged by the NPT as possessing nuclear weapons.