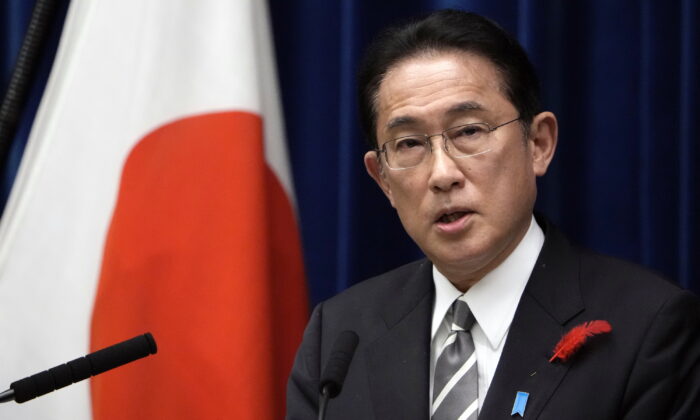 The Russian Foreign Ministry said Monday that Moscow was suspending peace treaty talks with Japan in light of the series of sanctions imposed against Russian leaders and financial institutions over the war in Ukraine.

The ministry said in a statement that it would be “impossible to discuss this fundamental document on bilateral relations with a state that holds an explicitly unfriendly position and seeks to harm the interests” of Russia.

“All responsibility for harming bilateral cooperation and the interests of Japan itself rests with Tokyo, which has deliberately chosen an anti-Russia course instead of developing mutually beneficial cooperation and neighborly relations,” it stated.

Kishida opposed Russia’s decision to suspend peace treaty talks, claiming that the sanctions were a result of Moscow’s aggression on Ukraine.

Speaking at a parliamentary committee session, the prime minister asserted that Russia’s decision appeared to be an attempt to deflect responsibility for Japan–Russia relations.

Kishida stated that Japan’s goal of pursuing a peace treaty with Russia remained unchanged, but added that Japan must “resolutely continue to sanction Russia” in cooperation with the international community.

Chief Cabinet Secretary Hirokazu Matsuno said that the government had conveyed Japan’s opposition to the decision and lodged a protest with the Russian ambassador to Japan.

Japan and Russia have been unable to sign a peace treaty due to their disagreement over the Kuril islands, known as the Northern Territories in Japan, which Moscow seized at the end of World War II.

Both leaders had previously agreed to advance peace treaty talks but Russian President Vladimir Putin has said that Moscow must consider its security and seeks assurances from Japan over possible deployments of the U.S. military in the region.

Japan has imposed sanctions on 76 individuals, seven Russian banks, and 12 Russia-based organizations to pressure Russia to halt its attack on Ukraine. It also revoked Russia’s “most favored nation” status, resulting in higher taxes on Russian goods.

Aside from the suspension of peace treaty talks, Russia has also suspended visa-free travel for Japanese citizens and withdrawn from talks with Japan on expanding economic activities.