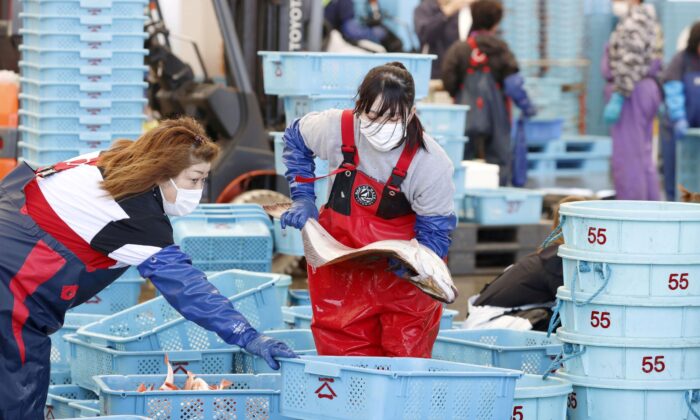 Japan and Russia have reached an agreement on Tokyo’s fishing quotas for salmon and trout spawned in Russian rivers, despite Moscow’s anger over the spate of economic sanctions that Tokyo imposed over its invasion of Ukraine.

Japan’s Fisheries Agency said Saturday that the two countries agreed on Tokyo’s fishing quota of 2,050 tons of salmon and trout within its exclusive economic zone, with the agreement expected to be signed next week, Kyodo News reported.

Japan requires Moscow’s permission to catch salmon and trout even within its exclusive economic zone, owing to a mutual agreement that vests the country of origin with fishing rights. Japan paid 260 million yen ($2.02 million) in a cooperation fee to Russia last year.

The country has imposed a slew of sanctions on Russia over the war in Ukraine, including sanctions targeting Putin and several other Russian leaders. It also restricted exports of certain goods to the country and banned Russian banks from the SWIFT global interbank network.

Japan said it will impose sanctions on 28 additional Russian organizations and two Russian banks—Sberbank and the Alfa-Bank—which will take effect on May 12. It also banned imports of Russian alcoholic beverages, including vodka, machinery, and lumber products, with a total of 38 goods being subjected to the ban.

Russia placed Japan on its “unfriendly nations” list and suspended peace treaty talks with Japan in retaliation for Tokyo’s sanctions against its invasion of Ukraine, a decision Japan has strongly condemned.

On March 23, Prime Minister Fumio Kishida said Japan won’t pull out from the Sakhalin-2 LNG project in the Russian Far East, saying that the project is “extremely important” to Japan’s energy security.