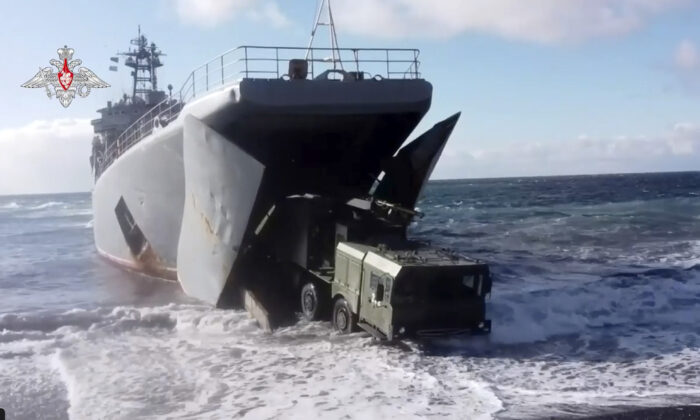 Matsuno objected through diplomatic channels to Moscow over the drills on the islands, which Japan refers to as the Northern Territories which Soviet troops seized at the end of World War II.

“Russia’s military expansion in the Northern Territories is unacceptable as it goes against our country’s position regarding those islands,” Matsuno said reported Jiji Press.

The agency further reported that Russia’s air defense forces conducted “measures to detect, identify and destroy aircraft of a mock enemy that would carry out an airborne assault.”

Russian military drills came as Moscow suspended peace treaty talks with Japan over Tokyo’s response to Russia’s invasion of Ukraine. The two countries have not signed a peace treaty due to the Kuril Islands dispute.

“The Russian Federation does not intend to continue peace treaty talks with Japan because it is impossible to discuss this fundamental document on bilateral relations with a state that holds an explicitly unfriendly position and seeks to harm the interests of our country,” Russia’s Foreign Ministry said on March 21.

Japan has strongly protested Russia’s stance, saying it appeared to be an attempt to deflect responsibility for Japan-Russia relations.

Prime Minister Fumio Kishida said that Japan will “resolutely continue to sanction Russia” despite his government still wanting to pursue a peace treaty with Moscow.

Meanwhile, Japan has increased sanctions on Russian individuals and organizations over the war in Ukraine. The country has also restricted exports of certain goods to Russia and banned Russian banks from the SWIFT global interbank network.

Foreign Minister Hayashi Yoshimasa said at a Group of Seven (G7) meeting on March 23 that Japan has been “reviewing possible measures” to implement the revocation of Russia’s most favored nation, which will result in higher taxes on Russian goods.