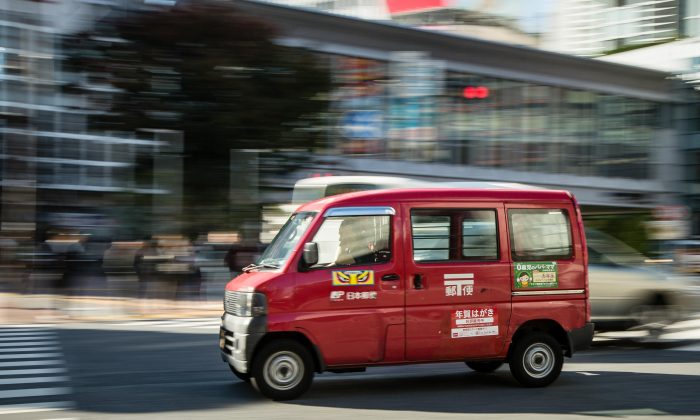 The $12 billion listing of state-owned Japan Post Holdings overnight makes it the largest initial public offering (IPO) in the world this year. In choosing to list its postal business, Japan follows the lead of Britain, which privatized the Royal Mail in 2013.

The float split out the financial and insurance arms of Japan Post, and delivered for Japanese retail investors, with the stock soaring as much as 56 percent on its first day of trade.

Investors might be happy, but the question is whether international governments should be privatizing core infrastructure, and what this privatization might mean for other government-owned postal services around the world, such as Australia Post.

Privatization trends have over time reflected the consensus view of economists regarding the efficacy of state-owned enterprises. For the first three-quarters of the 20th century, state ownership was a common feature across industries such as railways, industrials, communications, financials, health and postal services. At this time, economists placed significant emphasis on the importance of competitive pricing, even if that meant accepting government ownership in non-competitive industries.

However by the 1980s, economists had widely recognized the inefficiencies of government ownership. The World Bank associated it with excessive employment, wage distortion, low product quality, and economic costs, all incurred for the purposes of achieving political objectives rather than for social welfare. For example, the British mining industry was propped up for decades after World War II at a huge economic cost purely because the National Union of Mineworkers had sufficient influence to bring down the government.

As a consequence of the problems identified with socialism, the Thatcher government initiated a raft of privatizations in the U.K., a move that was subsequently replicated across many other regions, including Asia, Europe, Latin America, and Australia. The 1990s saw the privatization of a raft of large Australian companies, including Qantas, the Commonwealth Bank, CSL, TAB Corporation, and Telstra.

This trend of privatizing state-owned firms has continued into the 21st century, as evidenced by the recent IPO of Japan Post. Last year the National Commission of Audit recommended the Australian government continue with its program of privatization, explicitly identifying our own mail service, Australia Post, as an appropriate candidate for privatization in the medium term.

The case for privatization is now compelling. Advocates of state ownership point to a need for government intervention to support goods and services that are socially important yet not economically viable to the private sector. An example is the delivery of mail to sparsely populated areas. However, the government can always enter into contracts with private firms that provide mail delivery concessions in return for an agreement to deliver mail wherever the government wishes.

In the case of Japan Post, the government has contracted to ensure that its universal service is maintained, even in the remotest areas. Similarly contractual agreements to maintain service to remote areas were put in place when the Australian government privatized Telstra, so there is no reason why Australia Post’s coverage would be affected by privatization.

Even in the presence of an entirely benevolent government, public ownership is still likely to be unfavorable. There are significantly lower incentives for innovation in state-owned firms compared with privatized firms. The payoff structure of private firms enables shareholders to fully benefit from the upside of successful innovation.

Consider all of the major innovations across history that have shaped society; very few of these innovations have come from state-owned enterprises, despite the historically high government ownership of firms. As 19th century economist Alfred Marshall poignantly wrote, “a government could print a good edition of Shakespeare’s works, but it could not get them written.”

If any industry is in need of innovation it is the postal service. The structural shift in the use of postal services with the advancement of technology has resulted in Australia Post’s revenue decreasing significantly in recent years. It recently announced 1900 redundancies.

The privatization of Japan Post will not only provide the government with significant capital to support its tsunami disaster reconstruction efforts but also provide its postal service with a more agile ownership structure that is better equipped to innovate and prosper.

There may be a case for state ownership in a limited number of industries which are characterized by a lack of need for innovation, an inability for governments to contractually protect social welfare and the failure of free markets due to lack of competition and inelastic demand. But postal services do not satisfy these criteria.

It appears inevitable Australia will follow Japan’s lead within the next decade and privatize Australia Post. The weight of evidence suggests this move is in the best interests of Australian taxpayers.

Paul Docherty is a senior lecturer at Newcastle Business School at the University of Newcastle in Australia. This article was previously published on TheConversation.com