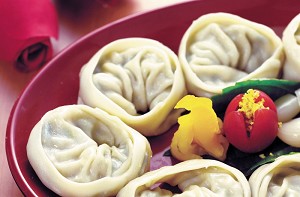 TOKYO—The Chinese Ministry of Public Safety spokesperson said there was no evidence the dumplings that poisoned dozens in Japan were contaminated with pesticide at a factory inside China.

Yu Xinmin, Deputy Director of Crime Investigation Bureau of the Chinese Ministry of Public Safety, made the announcement at a press conference in Beijing on February 28.

Yu said that there was no evidence of dumplings containing pesticide at Tianyang Factory, where the dumplings in question were made. He said the poisoning was not a result of residual pesticide, but that it was an incident due to human error or ill intent. He said that the possibility of the pesticide being mixed in the dumplings while in China was extremely low.

However, Japan's Commissioner-General Hiroto Yoshimura criticized the statement and expressed his concern for the truth, which he said must be investigated.

He also rebutted Chinese government's statement that Japan did not provide material evidence as requested by China. He said that Japan has given China material that would aid the investigation, and he did not understand why China made such a statement.

Yoshimura also cast doubt over China's statement that the pesticide could gradually sift through bags and contaminate the inside of the dumpling packaging. He asked China to provide scientific evidence backing the statement.

The kind of pesticide found inside the bags of frozen dumplings made in China is different in composition and characteristics from the kind used in Japan, which is primarily used for research.

In addition, the dumplings that led to the poisoning in two different counties were imported through different channels. It was almost certain that the dumplings were tainted while in China.

Japan was surprised by China's denial. Although police from the two countries have expressed a willingness to cooperate, the significant disagreement on the source of the pesticide may negatively affect future investigations.