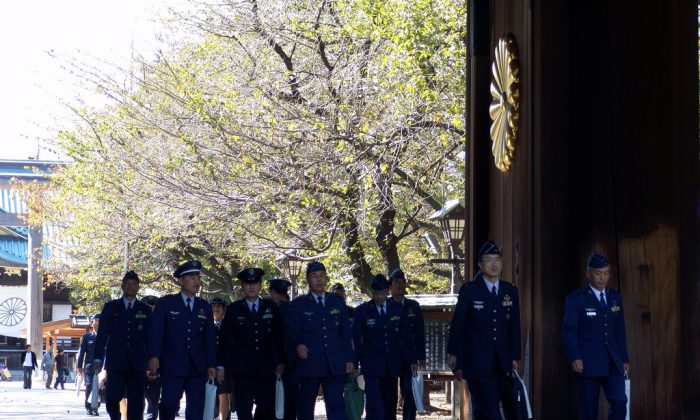 Last week Prime Minister Shinzo Abe’s cabinet approved a plan that effectively cleared the way for the government to reinterpret the constitution to allow Japan’s Self-Defense Forces to engage in collective self-defense (CSD) under special conditions. Although the decision wasn’t unexpected, it came after weeks of intense discussions between the Liberal Democratic Party (LDP) and their coalition partner, the New Komeito Party, which has been reluctant about expanding the role of the military. The Japanese public seems split on whether they support allowing lifting the ban. But as every single newspaper and blog weighs in on Abe’s reinterpretation of the constitution, I am left feeling that the geopolitics in Asia probably won’t change that much (at least in the near term).

Japan-China tension from territorial disputes over the Senkaku islands have been seen as one of the leading reasons for Abe’s push to reinterpret the constitution. Whether or not that’s necessarily true (Abe has been pushing for reinterpretation long before Chinese “aggression”), The New York Times calls Abe’s move a “military shift to thwart China.” Other analysts think that removing CSD will shift the way Japan portrays itself on the world stage, and raises the chance of a Japanese preemptive strike on potential enemies (if they feel their existence is under threat). This type of thinking would fundamentally change the geopolitical balance in Asia. The Vancouver Sun even reports that Abe’s decision could impact countries outside of Asia. In the Sun, former diplomat Harry Sterling, states that “recent developments in the Far East have increasingly caused concern, not solely among countries in that area but beyond as well. “

However, as the pundits wonder how the landscape in Asia will change, I am left feeling pretty skeptical as to whether anything will change at all. Leaders in the region haven’t really been reacting to Japan’s “shift” as much as the reports make it seem.

Let’s look at South and South East Asia. Although Indonesia’s government raised concern about past Japanese aggression, they also stated that they respected the Abe administration’s decision. Both of the governments in India and Thailand have remained quiet on the subject, as domestic politics consume the political capital of its leaders. Even Vietnam, which is also in a territory dispute with China, has remained silent on the matter.

Countries in these regions benefit from balancing their relationship with China and Japan. Few countries will publicly welcome a larger security role for Japan, because they don’t want to alienate themselves from China. Staying on the sidelines while China and Japan bicker over their borders in North East Asia provides its benefits.

And perhaps most telling is that the US, which has long wanted Japan to increase the scope of its SDF activities, hasn’t really been vocal on recent developments. Sure, Hagel said some general things about the new policy, claiming that it “compliments [America’s] ongoing efforts to modernize the alliance through the revision of bilateral guidelines for defense cooperation.” But besides Hagel’s comment, the US government has, for the most part, remained silent. It seems that no one from the government is openly encouraging Japan or telling them to stop. And there really is no reason for pomp and circumstance. Japan removing CSD will do little to change America’s security posture in the region – the alliance isn’t suddenly stronger or even all that different.

Naturally, South Korea and China reacted a little stronger after Abe’s announcement. In a bilateral meeting last week in Seoul, Korean President Park Geun Hye and Chinese President Xi Jinping expressed concern over Japan reinterpreting its pacifist constitution. However, there is very little chance that South Korea or China will modify their foreign policies. Japan still poses no real threat to either country, because removing the ban on CSD does little to allow the Japanese military to undertake a more active security role in the region.

Plus China is making a conscious decision to criticize Abe, and not the country of Japan, illustrating the Xi administration’s desire to toe the line. Media reports were surprisingly quiet on the negative ramifications the move would have for China. Instead, they explained how the move would be bad for the Abe administration because it would ostracize them from moderate Japanese citizens, who are the majority of voters. Seen through this lens, Abe is not just China’s enemy, but also an enemy of Japan.

Plus the Chinese government has been demonstrating its willingness to work with Japan’s pro-China politicians and businesses. It seems that Xi and his allies understand that China-Japan economic relations are far more important than trivial territory or security issues.

That being said, if Japan continues down a path of increasing its security and defense presence in Asia, then it could lead to deterioration of relationships in the long-term (I’m looking at you China and South Korea). Japan could also eventually increase its arms sales to other countries in the Asia-Pacific, increasing the country’s direct military influence in the region.

But in the short-term, it doesn’t look like the security landscape in East Asia will change that much. Abe was able to lift the ban on collective self-defense, and the Asia-Pacific just shrugged.