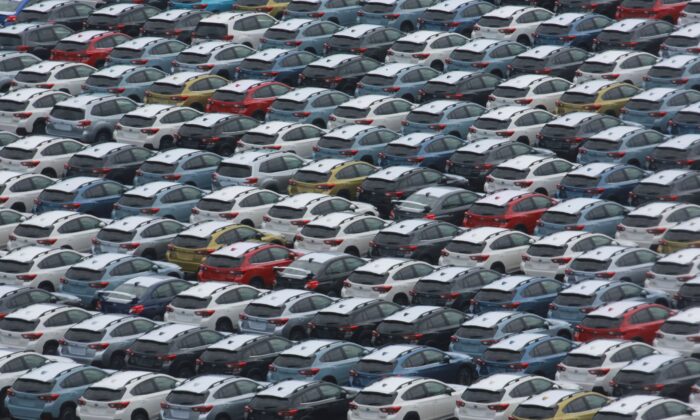 TOKYO—Japan’s economy contracted at a 3.6 percent annual rate in July-September as a wave of coronavirus infections crimped travel and other activities, the government said Wednesday.

The estimate for the last quarter, downgraded from an earlier report of a 3.0 percent contraction, reflected weakness in consumer spending and trade, the government said.

In quarterly terms, the measure used for most economies, the economy contracted 0.9 percent, compared to the earlier estimate of a 0.8 percent contraction.

The world’s third-largest economy was in a slump before the pandemic hit. Its recovery has been fitful due to precautions taken to curb COVID-19 infections. Troubles with supply chains, especially for computer chips used in autos, have also taken a toll.

Japan’s latest big coronavirus outbreak, in the late summer, has receded for now with a sharp drop in cases. But it hit during the usually busy summer travel season, with calls for restricted business activity and travel hurting restaurants, hotels, and other service sector industries.

Consumer spending is recovering and will likely drive a recovery in the current quarter, Norihiro Yamaguchi of Oxford Economics said in a commentary.

“With supply chain disruptions easing in the auto sector, production and exports are also projected to recover, albeit at a moderate pace,” he said.

The latest data showed a lower level of private inventories than earlier reported and weaker government and consumer spending. It also showed wages contracted by 0.4 percent, instead of growing by 0.1 percent as earlier reported.

Japan’s Cabinet has approved a record 56 trillion yen, or $490 billion stimulus package, including cash handouts and aid to ailing businesses, to help the economy out of the doldrums worsened by the coronavirus pandemic. Parliamentary approval of the plan is expected this month.