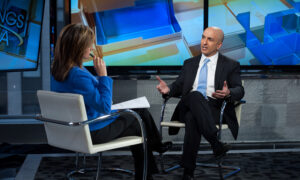 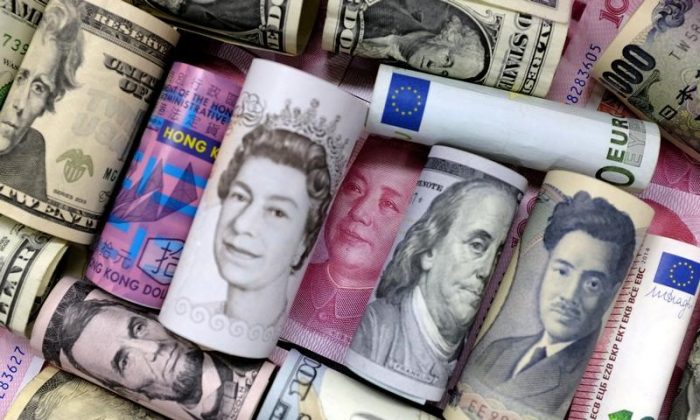 Japan’s economy, which on Monday registered a contraction of minus 6.3 percent in its quarterly annualized gross domestic product (GDP) number, risks tipping into a full-blown recession as the outsized impact of a recent sales tax—and now coronavirus fears—drag on economic activity.

Drops in private consumption associated with a new sales tax imposed in October, as well as decreased business investment, have been blamed for the poor performance. The GDP drop is Japan’s biggest since 2014, when consumption crumbled after a similar sales tax hike.

“I think they’re at risk and maybe about to enter their fifth recession since the GFC [global financial crisis]. So GFC, and then they had three other recessions, full-blown recessions. And now, here they are on the brink of a fresh one,” said Lakshman Achuthan, co-founder of the Economic Cycle Research Institute, in an interview on RealVision in which he discussed using economic data to predict shifts in the business cycle.

“The leading indicators there remain quite bad,” Achuthan said of Japan, adding, “This is the third time they’re making this policy mistake of the sales tax increase.”

Notable data points in Japan’s disappointing economic figures release were a 2.9 percent drop in personal consumption and a drop of 3.7 percent in capital expenditures, with the latter falling much faster than a median forecast for a 1.6 percent drop.

“Because of the effects of the Novel Coronavirus, weakness in consumption will likely continue in the January-March period. Exports and production could be dreadfully weak as the supply chain is interrupted,” said Daiwa Securities economist Mari Iwashita in comments to The Wall Street Journal.

While the fall in Japan’s GDP is a clear contraction from the plus 1.8 percent in the previous quarter, it does not yet qualify as a recession. A recession is commonly defined as two consecutive quarters—or six months—of a GDP number that comes in negative.

By comparison, America’s analogous measure of GDP was a positive 2.1 percent, as the record-long expansion continues with few apparent hiccups into its 11th year.

The Novel Coronavirus, which carries the official designation COVID-19, has taken a toll on Japan’s intake of Chinese tourists.

Citing a spokeswoman for the Isetan Mitsukoshi department store, The Wall Street Journal reported that sales there fell about 20 percent year-over-year during the recent Lunar New Year holiday, a common time for Chinese tourists to travel abroad.

“Sales were doing well in the first half of the holidays but declined in the last half,” the spokeswoman told the Journal, blaming the drop on a group tour ban by the Chinese regime.

Chinese accounted for about 37 percent of the $44 billion in spending by tourists in Japan last year, the report also noted.

On Monday, the Japanese yen weakened against major currencies, including competing safe-havens like the U.S. dollar and Swiss franc.

The greenback, stuck in a choppy trend channel against the yen since Feb. 13, broke higher in Monday trading.

The Swiss franc, which weakened against the yen last week, spiked on Monday.

Japanese stocks slipped on the recession prospects with the benchmark Nikkei average dropping down around 0.7 percent.