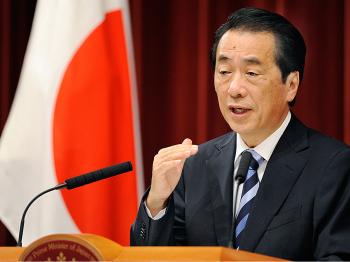 "I express my deep remorse and heartfelt apology," Kan said in a statement.

Kan's statement, “clearly states the peninsula was subjected to Japanese control against the people's will, they were deprived of their sovereignty and culture, and their dignity was deeply damaged,” reported the Japan Times.

As opposed to previously general apologies in 1995 and 2005 for Japan's aggression and colonial rule toward “areas of Asia,” Kan's specifically aimed at South Korea.

Both countries need to work together toward creating a stronger bilateral relationship, said Kan.

It will also work on recovering the remains of Koreans in Japan. The statement was deemed “sincere” by South Korean President Lee Myung bak, Kan said after having contact with him by telephone.

Park Il, a Japanese expert on Japan-Korea relations told the Japan Times that the statement itself would deepen the relationship. Lee has indicated his wish for a future-oriented relationship with Japan.

Park believes the threat from North Korea may be adding to a wish for a stronger relationship.

From 1910 to 1945 the Korean Peninsula was under Japanese rule. After the Allied forces defeated Japan, the peninsula was divided into North and South Korea, under Soviet and American rule respectively.