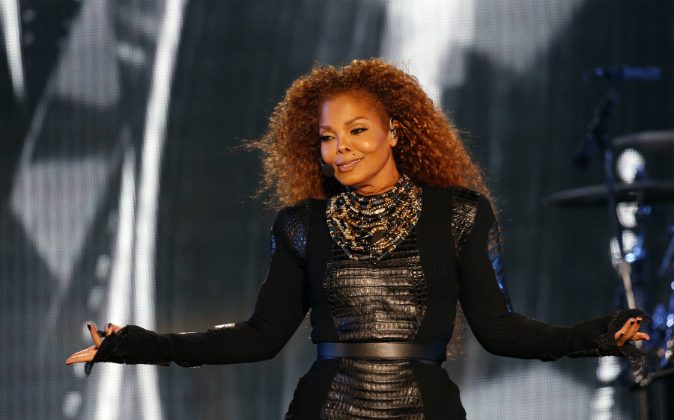 US singer Janet Jackson performs during the Dubai World Cup horse racing event on March 26, 2016 at the Meydan racecourse in the United Arab Emirate of Dubai. (KARIM SAHIB/AFP/Getty Images)
Entertainment

Janet Jackson Reportedly Has An Adult Daughter From Previous Marriage

Janet Jackson is on the verge of turning 50 and is expecting her first child with husband, Wissam Al Mana.

However, according to Jackson’s ex-husband, James DeBarge, this will be the second child for the “Rhythm Nation” singer.

According to DeBarge, a young lady contacted him claiming to be the daughter of the formerly married couple.

“Someone had contacted me. She spoke to me by email,” he said in an interview with RadarOnline. “The first time was two years ago. I have not been able to directly see her face-to-face.”

He has yet to take a paternity test due to fear and stated that the young woman claimed Janet Jackson to be her mother.

“She did but without saying [it],” he said. “She was angry because another child was trying to come forward and say that she was our child. So she did out of anger.”

He added: “She described as much as she could tell me because she was very fearful at the time. She was very angry about people running with this story about this [other child] being my baby. She got very angry. She’s like, ‘Papa I want to help you out.’ She had so much of personality and she was so accurate with everything she was saying, it was only things that I and Janet know. No one else but god, me and Janet.”

According the 1980s singer, Jackson placed the baby up for adoption without his knowledge and it wasn’t until the adoptive parent’s death was it revealed to the alleged daughter that her parents were the famous musicians.

“One of her adoptive parents died,” he said. “Her adoptive mother and on her death bed said she told her. She confirmed it on the deathbed.”

Jackson and DeBarge married in 1984 and the following year their marriage was annulled. Jackson hasn’t spoken much about her previous marriage publicly but has hinted at abuse being the reason for its demise.

As for the reasoning behind the alleged adoption, DeBarge chalked it up to fear.

“Fear and lots of pressure,” he said. “From every angle, from inside and outside… Not knowing how it could hurt her career. A lot of outside influences were involved in our whole relationship to where we didn’t have a chance from the gate.”

DeBarge is hurt by the alleged possibility of having a daughter and having never played the role of father figure in her life—a role he was receptive to.

“I think I was hurt because I had mixed emotions. I felt kind of left out and I felt like it was unfair. At first, I felt like this was the worst thing in the world that happened to me. I was so depressed by it at first,” he said. “Had I known, I would never have kept it a [secret]. I would have been very proud of her.”

Rumors surrounding Janet Jackson and motherhood has gone on for years.

Jackson has never commented on the allegations.