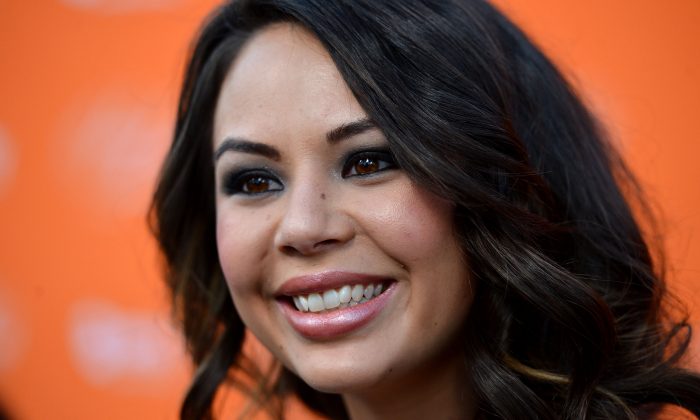 Janel Parrish has confirmed that Mona Vanderwaal will appear in the season 5 finale of Pretty Little Liars, despite her character being killed just before the midseason break.

Parrish told fans via Twitter that she was on set this week.

“Back to work. Missed my PLL fam! Glad to be back,” she said.

It’s not clear what role Mona will play but it seems she’ll appear in a flashback or two since she died.

Parrish discussed what she would be doing on the show in the future with The Hollywood Reporter after Mona’s death occurred.

“[Executive producer Marlene King] was like, ‘Hey, I want you to know that this is happening – you are getting killed. But don’t freak out. You still have a job. You’re not leaving the Pretty Little Liars family, you’re just going to be the flashback girl like Sasha [Pieterse] was for three years,'” Parrish said.

“I was so relieved because I thought I was getting killed off my show and that was it and that was my last episode. That would’ve been so sad because I love being a part of the show and I love Mona. I’ve played her for five years now, and it would have been so sad to part with her. I parted with ‘alive Mona’ but I’ll still be haunting Rosewood in some flashbacks.”

Parrish also told TVLine that Mona will have a role in the upcoming Christmas special as well.

“She’s going to be the Ghost of Christmas Past, Present and Future,” she said.

“She gets to mess with Alison, and in a fabulous costume, I might add.”

She also said that fans will be satisfied with the flashbacks.

“It’ll be satisfying for fans to get more information about Mona, since she’s been such a mystery,” Parrish said, noting that she’ll still be a series regular. “It’ll be good to see some backstory as far as she’s concerned.”