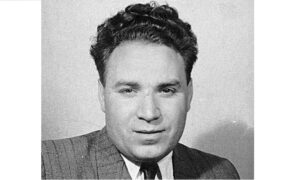 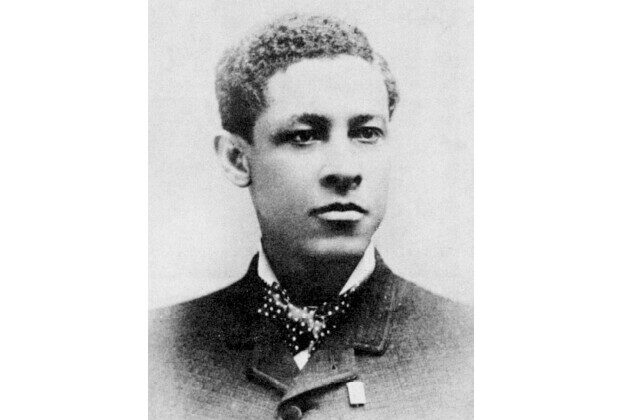 Suppose that I figured out a way to revolutionize the shoe industry. An invention of my own design would double shoe production and cut shoe prices in half. It would provide thousands of new jobs for mostly young or poor people. I could do it without a penny of taxpayer money. Indeed, I faced some major disadvantages to overcome, not the least of which was the fact that I’m a poor immigrant from Dutch Guiana (now Surinam) and my mother was a black slave.

If you met me, knowing what I have just told you about myself, which of the following would you want to say to me?

If you answered 1, 2, 3, or 4, that probably says a lot more about you than it does me, and it isn’t good. If 5 was your answer, go to the head of your Sociology class.

Of course, I (Lawrence Reed) cannot lay claim to any of the accomplishments cited above. But a remarkable young man named Jan Ernst Matzeliger (1852-1889)certainly can. If you wear shoes, you owe him a debt of gratitude.

Born in 1852 in Paramaribo, Matzeliger was the son of a Dutch engineer and a Surinamese black woman who was a household slave. Jan grew up working in his father’s workshops, where he exhibited a very promising aptitude for handling and fixing machines.

At the age of 19, he spent his savings sailing the world on a merchant ship before he settled two years later in Philadelphia—without a job or friends and speaking only Dutch. But he learned English and made friends fast. When offered employment in a shoe factory in 1877 in Lynn, Massachusetts, he grabbed it. His English was then so good that he taught Sunday school at one of the few churches in the city that welcomed blacks into its congregation.

Shoes in those days were made as they had been for centuries—mostly by hand, one at a time. It was a laborious task, as one author explains:

“For proper fit, the customer’s feet had to be duplicated in size and form by creating a stone or wooden mold called a “last” from which the shoes were sized and shaped. Since the greatest difficulty in shoe making was the actual assembly of the sole to the upper shoe, it required great skill to tack and sew the two components together. It was thought that such intricate work could only be done by skilled human hands.”

Matzeliger’s inventive mind zeroed in on the solution. If a machine could be developed that would automate the “lasting” process—attaching the sole to the upper shoe—the result would be an explosion in productivity. It took him several years of trial and error but such a machine is precisely what he invented and received a patent for in 1883.

The most expert shoe laster, using standard hand tools, would be lucky if he could turn out 50 pairs of shoes in a day. With Matzeliger’s machine, he could produce upwards of 700. It was like going from horse and buggy to a Ferrari overnight.

Two years later, the young inventor sold a working model and the rights to replicate the machine to venture capitalists, who paid him the equivalent in today’s money of about $400,000. In no time, it became the standard throughout the industry. Important elements of it are still in use in shoe factories today.

Tragically, Matzeliger had worked so hard on the invention, often going without food so he could afford materials, that he put his health in jeopardy. He contracted tuberculosis and died at the age of 36 in 1889.

“He’d gained membership in the North Congregational Church. He’d gained friends. He taught Sunday school, and he taught oil painting. He also poured out his inventive genius on new machines. Meanwhile, he’d cut the cost of making shoes in two.

When tuberculosis claimed him, his will left a big piece of his fortunes to the Church that’d seen beyond the color of his skin. He made special provisions for his drawing instruments, his Bible, and his technical books—the things that’d really mattered to him.

In September 1991, the U.S. Postal Service issued a 29-cent stamp in memory of Jan Ernst Matzeliger. It was an honor he richly deserved.

Did You Know? – Jan Matzeliger (video)

“Jan Earnst Matzeliger: A Lasting Invention” by Peggy U. Plet

“Shoes for Everyone: A Story About Jan Matzeliger” by Barbara Mitchell

Lawrence W. Reed is FEE’s President Emeritus, Humphreys Family Senior Fellow, and Ron Manners Global Ambassador for Liberty, having served for nearly 11 years as FEE’s president (2008-2019). He is the author of the 2020 book, “Was Jesus a Socialist?” as well as “Real Heroes: Incredible True Stories of Courage, Character, and Conviction” and “Excuse Me, Professor: Challenging the Myths of Progressivism.” Follow on LinkedIn and Twitter and Like his public figure page on Facebook. His website is LawrenceWReed.com.
This article was originally published on FEE.org.
TOP NEWS