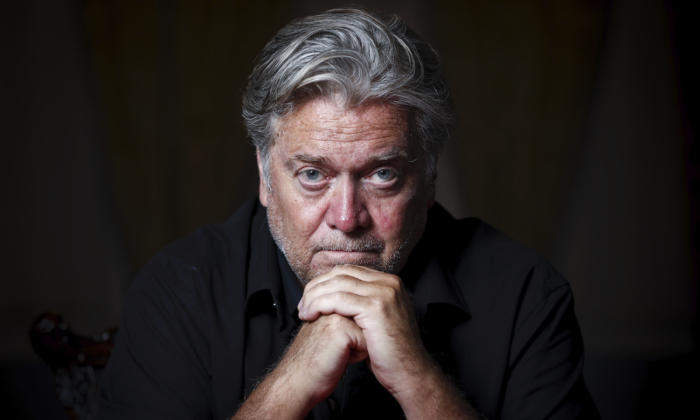 The Democratic-led House committee investigating the Jan. 6 Capitol breach voted on Oct. 19 to hold conservative podcast host and former Trump adviser Steve Bannon in contempt of Congress for defying a subpoena for documents and testimony.

The resolution will now move for a vote by the full House, where Democrats hold a slim majority and will likely approve the measure. Should the House approve the contempt resolution, the Department of Justice will decide whether to pursue charges.

Bannon played a major role in Donald Trump’s 2016 presidential campaign and took a post as a White House aide before leaving to headline a popular conservative podcast. He didn’t respond to a request for comment on the contempt vote.

The contempt resolution argues that Bannon has no legal standing to defy the subpoena. Trump’s attorney argued that Bannon shouldn’t comply because the requested information is protected by the former president’s executive privilege.

Ahead of the Oct. 19 contempt vote, Trump filed a lawsuit seeking to block the panel from obtaining White House records.

President Joe Biden last week said the Department of Justice should prosecute those who defy the committee’s subpoenas; the DOJ responded by saying it will make its own decisions.

“If the House of Representatives certifies a criminal contempt citation, the Department of Justice, as with all criminal referrals, will evaluate the matter based on the facts and the law, consistent with the Principles of Federal Prosecution,” a DOJ spokesperson told news outlets in a statement.

While Bannon has said he needs a court order before complying with the subpoena, former White House Chief of Staff Mark Meadows and former White House and Pentagon aide Kash Patel have been negotiating with the committee. The panel has also subpoenaed more than a dozen people who helped plan Trump rallies ahead of Jan. 6, and some of them are already turning over documents and giving testimony.

Trump was exonerated of impeachment charges tied to the events of Jan. 6 by the then-Republican-majority Senate.