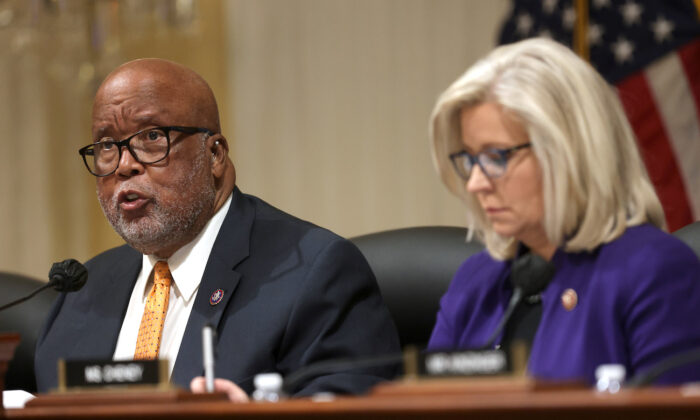 The House select committee investigating the Jan. 6 breach of the U.S. Capitol announced Friday it issued subpoenas to 14 people in seven swing states who participated in casting alternative slates of Electoral College votes for President Donald Trump in December 2020.

A release from the Jan. 6 committee said it is “seeking information from individuals who met and submitted purported Electoral-College certificates in seven states: Arizona, Georgia, Michigan, New Mexico, Nevada, Pennsylvania, and Wisconsin.”

The 14 people being subpoenaed are listed as chairperson and secretary of each group of alternate electors for the respective states.

Republicans who cast their alternate votes did so while certified Democrat electors in the same states had cast votes for Joe Biden and Kamala Harris as the winners of the 2020 election. The Republicans explained at the time their move would help preserve Trump’s legal claim for the election while he was mounting legal challenges to the 2020 election outcomes in the seven states.

According to certified results, Biden won the seven swing states and their 79 Electoral College votes by a combined 311,257 votes out of 25.5 million ballots cast for president.

“The Select Committee is seeking information about attempts in multiple states to overturn the results of the 2020 election, including the planning and coordination of efforts to send false slates of electors to the National Archives,” Rep. Bennie Thompson (D-Miss.), the committee’s chairman, said in a statement.

“We believe the individuals we have subpoenaed today have information about how these so-called alternate electors met and who was behind that scheme,” he alleged. “We encourage them to cooperate with the Select Committee’s investigation to get answers about January 6th for the American people and help ensure nothing like that day ever happens again.”

Timeline of Events in DC on Jan. 6

In his letter to each of the 14 individuals, Thompson wrote, “The Select Committee seeks information from you on a narrow range of issues. We have sincere respect for your privacy, and we are not seeking information about your political views or your efforts in the 2020 presidential campaign more generally.

“Rather, we are seeking information about your role and participation in the purported slate of electors casting votes for Donald Trump and, to the extent relevant, your role in the events of January 6, 2021.”

The 14 individuals have been asked to provide documents and sit for deposition interviews in the coming weeks.

Jan. 6 Narrative Depends on Who Tells the Story

The nine-member Jan. 6 committee has previously been criticized for its partisanship. It consists of seven Democrats and two Republicans, Rep. Adam Kinzinger (R-Ill.) and Rep. Liz Cheney (R-Wyo.), who are both known for their strong opposition to former President Donald Trump. House Speaker Nancy Pelosi (D-Calif.) had chosen Kinzinger and Cheney after she refused to seat members picked by House Minority Leader Kevin McCarthy (R-Calif.).

On Jan. 6, 2021, when lawmakers gathered at the U.S. Capitol for a joint session of Congress to count and certify electoral votes for the 2020 presidential election, proceedings in the chambers were temporarily interrupted when a sizable group of protesters entered the Capitol building and its surrounds. Thousands of protesters, mostly peaceful, remained outside.

A total of five deaths were recorded in the immediate aftermath of the Jan. 6 incident. Of the deaths, Trump supporter Ashli Babbitt was determined to have died from homicide on Jan. 6, having been shot and killed by Lt. Michael L. Byrd.

Capitol Police Officer Brian Sicknick was determined to have died on Jan. 7 of natural causes, caused by strokes.

Another three people died on Jan. 6 outside the Capitol building but on Capitol grounds. Two of the deaths were found to be from natural causes—both were men in their 50s who died of hypertensive atherosclerotic cardiovascular disease.

The other death involving a woman in her 30s was ruled by the DC medical examiner as an accident from a drug overdose. But new video unsealed in December 2021 confirmed that the woman, Rosanne Boyland, was crushed and trampled when the crowd was pushed out of the tunnel, then repeatedly struck by police as she lay unconscious.

Four police officers in July 2021 recounted to a House of Representatives special committee they were beaten and threatened on Jan. 6 amid clashes with the protesters. The Capitol Police officer’s union chairman, Gus Papathanasiou, told The Washington Post that about 140 officers were injured in the aftermath of the Jan. 6 incident.

It is unclear how many protesters may have been injured as a result of police actions on the day.

Update: This article has been updated with further details about the aftermath of Jan. 6.