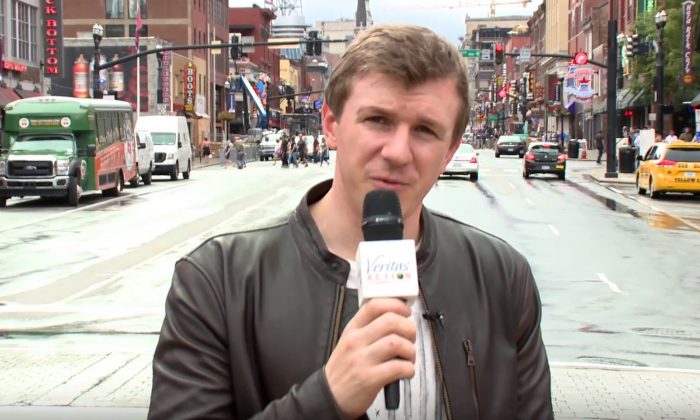 Anyone tracking the tight races in battleground states during the runup to the midterm elections would have been hard-pressed to overlook the series of exposés by Project Veritas Action (PVA).

From Florida to North Dakota, PVA’s undercover journalists revealed dishonesty and outright deception behind the closed doors of campaign offices.

In one of the largest undercover operations in the history of journalism, about a dozen reporters joined the campaigns of Democratic candidates in seven states during a six-month-long operation. All in competitive races, five of the candidates lost and one is more likely to lose, based on the current ballot count.

“Undercover journalism is a force to be reckoned with, and the national media should take notice,” PVA founder James O’Keefe said during an interview with The Epoch Times.

The reporters were able to obtain, using hidden cameras, honest answers about the candidates’ political leanings, as well as their positions on hot-button issues, including gun control, abortion, unions, and the border wall. Again and again, the reporters were instructed not to divulge that information to voters, or to at least avoid being transparent about it.

The level of access afforded to the reporters revealed a stunning level of preparation, said political pundit Brian Cates, a contributor to The Epoch Times.

“Nobody is going to make the kind of casual confessions you see being constantly made in these videos to some campaign staffer they barely know, who just joined the team a few weeks ago,” he wrote in a Nov. 3 op-ed.

“She’s worked out stuff with ‘Mom’s Demand Action’ to make sure that she can support their goals without supporting the organization openly,” Mills told an undercover reporter. “And, you know, Moms Demand Action does the exact same thing. A lot of our volunteers are actually from there.”

“How they were talking about breaking the law and not having anybody find out … I think that was pretty shocking,” O’Keefe said.

Long in the Making

PVA released 17 videos as part of its pre-election series, all of them featuring Democrats in states that were won by President Donald Trump in 2016.

But the idea was born long before Trump announced his candidacy, O’Keefe said.

During the 2014 campaign, Kentucky State Secretary Alison Grimes ran for Senate against Sen. Mitch McConnell (R-Ky.). Grimes said she would support the coal industry, but people associated with the state’s Democratic Party were caught by PVA saying she was only saying that to get elected.

“It’s a lying game, unfortunately,” said Juanita Rodriguez, who in the video was identified as a Warren County Democrat operative. Grimes’s spokeswoman said at the time that the people in the video were not Grimes’ staffers.

“Since we got one proof of concept, we set out to confirm that it was happening in other places,” O’Keefe said.

O’Keefe said his work has mostly targeted Democrats because the “monolithic” media “tends to only investigate one political party.

“We go after the sacred cows. I mean, Beto O’Rourke is a sacred cow. He’s beloved by The Texas Tribune, he’s beloved by these outlets. So we tend to investigate the groups and individuals that the media doesn’t,” he said.

PVA usually keeps the identities of its reporters secret, but they are likely well-known to the people featured in the videos. That puts them at risk of possible retaliation. O’Keefe said his organization is “looking out for these people,” but declined to be more specific.

“I can’t divulge how or what specifically, but I will go to jail to protect our investigators,” he said.