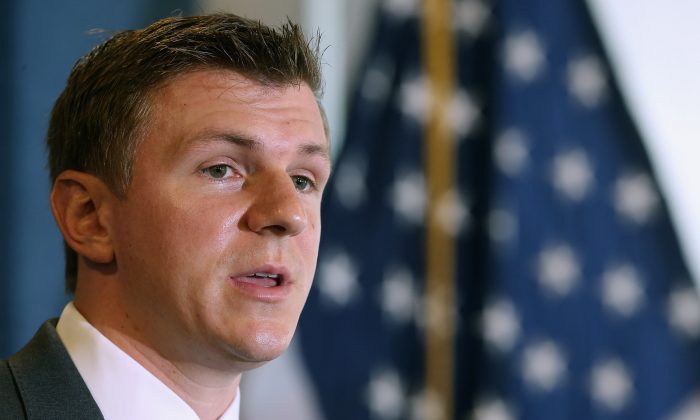 James O’Keefe, founder of Project Veritas, will give $10,000 to anybody who provides “legally obtained material exposing media malfeasance,” he announced on Feb. 23.

“We have to call the media to account,” he said through a live-stream feed. “They, in my estimation, are deeply corrupt.”

The announcement coincided with Project Veritas releasing 119 hours of audio recorded by an anonymous source inside the CNN’s Atlanta headquarters in 2009.

Although the recordings are over seven years old, O’Keefe said their release has already motivated two people to approach Project Veritas with new information.

He hopes the $10,000 award will prompt any “corporate establishment mainstream media” insiders to keep their phones ready to record any instance of “malfeasance, waste, fraud, abuse, corruption, dishonesty, or manipulation of information.”

He said the tape has to be “good enough” to collect the award. But he also promised to protect the identities of people taking advantage of his offer.

“I will go to jail to protect your name. We will defend you,” he tweeted.

O’Keefe warned the material needs to be obtained legally. He recommended a focus on New York State, Washington, D.C., and Georgia, which have “one party consent” laws allowing people to record conversations without consent of other parties, as long as the person who is recording is present, he said.

Project Veritas, a non-profit, is dedicated to exposing “corruption, dishonesty, self-dealing, waste, fraud, and other misconduct in both public and private institutions,” its website states.

The organization is well known for its hidden camera investigative operations.

After one of its most high-profile exsposés, Scott Foval, former deputy political director at People for the American Way, a progressive advocacy organization, lost his job in October 2016 after boasting to an undercover journalist with Project Veritas about voter fraud schemes.

Project Veritas only reviewed a fraction of the 2009 recordings, O’Keefe said. He asked the internet community to help transcribe the recordings a find “nuggets” of useful information.

If you are an employee in a newsroom and hear or see something unethical, record it. If it’s good enough I’ll pay you $10k. #cnnleaks