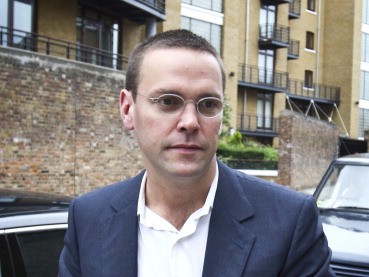 James Murdoch, son of Rupert Murdoch, resigned on Wednesday as executive chairman of News International, the publisher of the U.K.’s Sun and Times of London newspapers.

News International has been embroiled in the ever-worsening phone hacking and police corruption scandal that led to the closure of the News of the World tabloid last year and the arrests of several top editors and journalists.

James Murdoch has faced heavy scrutiny over the scandal in front of the British Parliament’s Leveson Inquiry. He testified that he didn’t know the practice of phone hacking went beyond a single reporter, but two former executives at the paper stated that Murdoch had been informed. Police now believe there were over 800 likely victims, mostly high profile celebrities and politicians.

The company has settled a number of claims levied against it by dozens of victims of phone-hacking. The Guardian reported on Monday that singer Charlotte Church received a $952,000 settlement from the company. Other settlements include actor Jude Law, former deputy prime minister Lord Prescott, and ex-soccer star and media pundit Andy Gray.

Labour Party deputy leader Harriet Harman lauded Murdoch’s decision to leave, saying he “had no option” to do otherwise, according to a statement. “The practices at News International have stained the proud tradition of the British press,” she said.

“But never again must we allow any individual or organization to acquire such a concentration of power when it comes to media ownership,” Harman said.

News Corp, parent company of News International, recently announced that it was moving the company’s headquarters from the U.K. to New York, and James Murdoch going with it.

“We are all grateful for James’ leadership at News International and across Europe and Asia, where he has made lasting contributions,” his father Rupert Murdoch, Chairman and CEO of News Corporation, said in a statement. “Now that he has moved to New York, James will continue to assume a variety of essential corporate leadership mandates, with particular focus on important pay-TV businesses and broader international operations.”