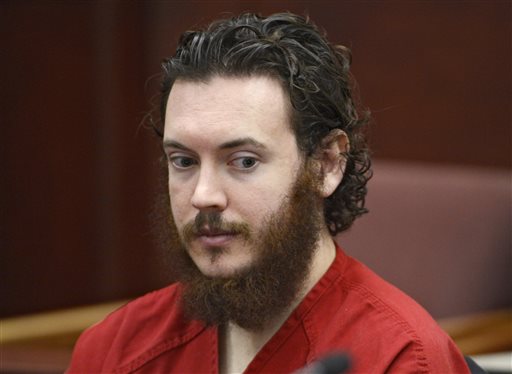 This June 4, 2013 file photo shows Aurora theater shooting suspect James Holmes in court in Centennial, Colo. Holmes’ lawyers asked the judge Monday, Sept. 30, 2013 to give them more time to file motions and to set deadlines for prosecutors to turn over a list of witnesses they plan to call. (AP Photo/The Denver Post, Andy Cross, Pool, File)
US

James Holmes is returning to court Monday for two weeks of hearings focusing on what evidence prosecutors can use against him in the Colorado theater shooting case–including profiles he created on two dating websites, one of which was Match.com.

The online dating profiles included the tagline “Will you visit me in prison?” reported ABC.

Prosecutors searched for evidence on the dating profiles but the defense contends that the searches were done in violation of Homles’ rights.

“The burden is on the prosecution to prove what they did was legitimate and met Constitutional scrutiny,” said legal analyst Dan Recht.

Holmes is charged with killing 12 people and injuring 70 others in 2012 at an Aurora, Colorado movie theater. He pleaded not guilty by reason of insanity. Prosecutors are seeking the death penalty.

Some of the evidence in dispute comes from two dating websites where Holmes set up accounts before the shootings.

The profiles were found after investigators found email addresses in Holmes iPhone, which was in his car behind the theater.

Prosecutors say they plan to use that to show Holmes knew the shootings were wrong, undercutting his insanity plea.

The judge has already rejected one defense attempt to suppress the website evidence.

Trial is scheduled for next year.