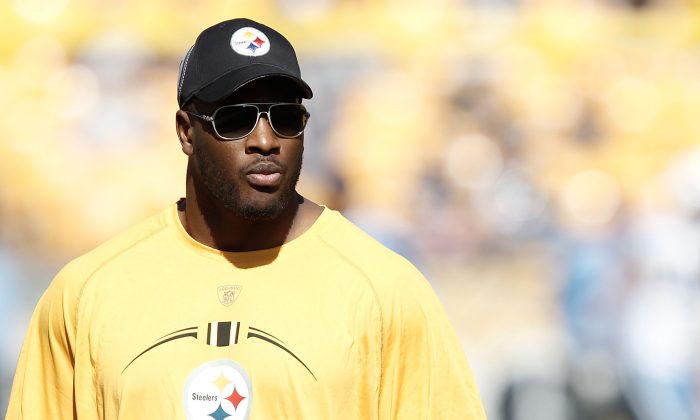 James Harrison #92 of the Pittsburgh Steelers watches warm ups prior to the game against the Tennessee Titans on October 9, 2011. (Jared Wickerham/Getty Images)
NFL

James Harrison Spends as Much as $600K in Massages

Recently signed Cincinnati Bengals linebacker James Harrison has said he spends as much as $600,000 on massages and body work to help him deal with the rigors of a full NFL season.

“My body is what helps me to make money. Whatever there is that I need to do to try and make myself better or get myself healthy, I’m going to do it,” Harrison told ESPN.

Harrison made the comments at his introductory news conference for the Bengals after spending his entire career playing with the Pittsburgh Steelers.

According to CBS Sports, Harrison said he has a hyperbaric chamber.

“I rent a hyperbaric chamber when I’m in Arizona. I have massages, and I bring people in from New York, Arizona to where I’m at. There’s that cost. Like I said, I get body work almost every single day except Saturday and Sunday. I have a homeopathic doctor, and I do a lot of homeopathic things. It’s just a lot — supplements, so on and so forth,” he continued.

Harrison said that maintaining his physical condition is paramount.

“You want to be able to stay in this business for awhile, you’re gonna have to take care of your body,” he said, according to NFL.com. “If you want to do that, you’re going to have to spend money, it’s not cheap.”

NFL.com also reported that Harrison has a chiropractor, an acupuncturist, and six different masseuses.