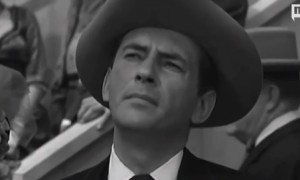 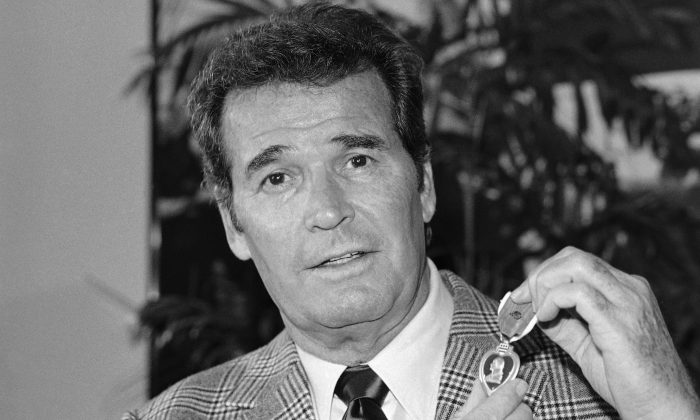 Actor James Garner is all smiles as he holds up the Purple Heart medal presented to him in ceremony in Los Angeles on Monday, Jan. 25, 1983. Garner was wounded in April 1951 while with U.S. forces in Korea, but his medal was never presented to him. (AP Photo/Don Brinn)
Entertainment

James Garner Wife: Married to Lois Clarke Since 1957; Quotes on His Death

James Garner married Lois Clarke, who was a TV actress, and who also survives him. She had a daughter Kimberly from a previous marriage, and the Garners had another daughter, Gretta Scott.

“My wife and I felt … we’d just watch the sunset from the front porch,” Garner said in 2000. “But then the phone started ringing with all these wonderful offers, and we decided, `Heck, let’s stay in the business for a while.”‘

Garner also had a way of widening his eyes while the corner of his mouth sagged ever so slightly. Maybe he would swallow once to further make his point.

This portrait of fleeting disquiet could be understood, and identified with, by every member of the audience. Never mind Garner was tall, brawny and, well, movie-star handsome. The persona he perfected was never less than manly, good with his dukes and charming to the ladies, but his heroics were kept human-scale thanks to his gift for the comic turn. He remained one of the people.

He burst on the scene with this disarming style in the 1950s TV Western “Maverick,” which led to a stellar career in TV and films such as “The Rockford Files” and his Oscar-nominated “Murphy’s Romance.”

The 86-year-old Garner, who was found dead of natural causes at his Los Angeles home on Saturday, was adept at drama and action. But he was best known for his low-key, wisecracking style, especially on his hit TV series, “Maverick” and “The Rockford Files.”

Here’s a few quotes on his passing, as compiled by AP:

“Jim was a mentor to me and a friend, and I will miss him.” — Tom Selleck, who early in his career guest-starred on Garner’s series “The Rockford Files.”

Garner was “a hell of a driver. He truly was a ‘man’s man.’ Jim was a friend, and when he came to Indianapolis as a spectator and pace car driver we obviously welcomed him with open arms.” — Parnelli Jones, two-time Indy 500 winner.

“My heart just broke. There are few people on this planet I have adored as much as Jimmy Garner. I cherish every moment I spent with him and relive them over and over in my head. He was a diamond.” — Sally Field, who starred with Garner in the 1985 film “Murphy’s Romance.”

“So sad to hear that James Garner has gone. A real part of my childhood Rockford and the Maverick especially” — actor-comedian Stephen Fry (Twitter)