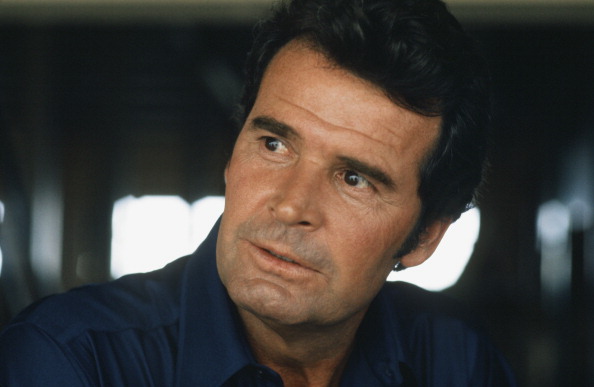 Actor James Garner symbolized a certain way of being a good man. He died Saturday in Los Angeles at age 86.

His masculine strength was leavened with a sense of play, humility, and kindness. His characters were unpretentious. Jim Rockford, of the “Rockford Files” series, lived in a trailer and had trouble paying his bills. Bret Maverick would rather talk his way out of a gunfight than outshoot his enemy.

It was in 1957 when ABC network, desperate to compete on ratings-rich Sunday night, scheduled “Maverick” against CBS’s powerhouse “The Ed Sullivan Show” and NBC’s “The Steve Allen Show.” “Maverick” soon outpolled them both.

At a time when networks were crowded with hard-eyed, traditional Western heroes, Bret Maverick provided a fresh breath of air. With his sardonic tone and his eagerness to talk his way out of a squabble, rather than pull out his six-shooter, the con artist character seemed to scoff at the genre’s values. Those values were warlike, martial, intense, and Maverick offered a fun-loving counterpoint.

His quick-witted avoidance of conflict provided a refreshingly new take on the American hero, contrasting with the steely heroics of John Wayne and the fast trigger of Clint Eastwood.

Garner was best known for the characters of Maverick and Rockford. To me, those two were variants of the folkloric trickster figure, ready to disarm an enemy with a joke—outwardly ready to play pranks, but inwardly a force for freedom and fairness.

Rockford was a loyal friend, a filial son, and an all-purpose helper of underdogs. He was always broke, and always ready take on a new nonpaying gig. Those gigs generally set something right.

When I think of male American archetypes, I have a favorite. The wisecracking ne’er-do-well with a hidden, strong moral compass is my guy. Clint “Do you feel lucky, punk?” Eastwood and John Wayne have their charms. But wouldn’t anyone want to be friends with Rockford in his trailer?

Garner’s first film after “Maverick” established him as a movie actor. It was “The Children’s Hour,” William Wyler’s remake of Lillian Hellman’s lesbian drama that co-starred Audrey Hepburn and Shirley MacLaine.

He followed with a successful comedy with Kim Novak, “Boys Night Out,” and then fully established his box-office appeal with the 1963 blockbuster war drama “The Great Escape” and two smash comedies with Doris Day—”The Thrill of It All” and “Move Over Darling.”

Throughout his long film career, Garner demonstrated his versatility in comedies (“The Art of Love,” “A Man Could Get Killed,” “Skin Game”), suspense (“36 Hours,” “They Only Kill Their Masters,” “Marlowe”), and Westerns (“Duel at Diablo,” “Hour of the Gun,” “Support Your Local Gunfighter”).

I’m glad James Garner had a long life and such an unexpectedly long career. Good-looking actors often get sidelined when the looks fade, but he did not. His only Oscar nomination came for the 1985 “Murphy’s Romance,” a comedy about a small-town love relationship, in which he co-starred with Sally Field. A running joke in the movie is that Murphy would not confess his age to Field’s character. After they fall in love, he reveals that he is 60.

Garner was born James Scott Bumgarner (some references say Baumgarner) in Norman, Okla. His mother died when he was 5, and friends and relatives cared for him and his two brothers for a time while his father was in California.

Well into his 70s, the handsome Oklahoman remained active in both TV and film. In 2002, he was Sandra Bullock’s father in the film “Divine Secrets of the Ya-Ya Sisterhood.” The following year, he joined the cast of “8 Simple Rules … for Dating My Teenage Daughter,” playing the grandfather after the sitcom’s star John Ritter, who played the father, died during the show’s second season.

When he received the Screen Actors Guild’s lifetime achievement award in 2005, he quipped, “I’m not at all sure how I got here.”

In 1956, Garner married TV actress Lois Clarke, and the union prevailed despite some stormy patches. She had a daughter, Kimberly, from a previous marriage, and the couple had another daughter, Gretta Scott.

“My wife and I felt … we’d just watch the sunset from the front porch,” Garner said in 2000. “But then the phone started ringing with all these wonderful offers, and we decided, ‘Heck, let’s stay in the business for a while.'”