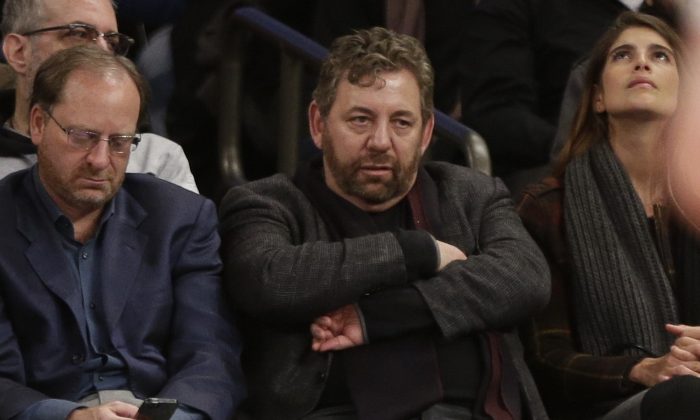 New York Knicks owner Jim Dolan will not be punished by the NBA for his angry email to a longtime Knicks fan, the league’s commissioner said on Monday.

Irving Bierman, the longtime Knicks fan, wrote to Dolan recently: “As a knicks fan for in excess of 60 years, I am utterly embarrassed by your dealings with the Knicks. Sell them so their fans can at least look forward to growing them in a positive direction.”

The email set Dolan off, and prompted him to reply.

“You are a sad person,” Dolan wrote. “Why would anybody write such a hateful letter. I am just guessing but ill bet your life is a mess and you are a hateful mess. What have you done that anyone would consider positive or nice. I am betting nothing.

“In fact ill bet you are negative force in everyone who comes in contact with you,” Dolan added. “You most likely have made your family miserable. Alcoholic maybe. I just celebrated my 21 year anniversary of sobriety. You should try it. Maybe it will help you become a person that folks would like to have around. In the mean while start rooting for the Nets because the Knicks dont want you. Respectfully James Dolan.”

Some have called for Dolan to receive some form of punishment, particularly with the Knicks and Nets set to host All-Star weekend starting on February 13.

Irving, meanwhile, said he wasn’t surprised by the response.

“This guy is one big schmuck,” he said. “I would have loved to get into a room with him … one on one and have a talk with him. I’m not trying to pick a fight, I’m just a disgruntled fan.”

Bierman told ESPN that he would “never” root for the Nets.

“We thought maybe [Dolan] would admit he made some mistakes,” said Aaron Bierman. “Instead, he confirmed some of the worst things that fans think of him.”