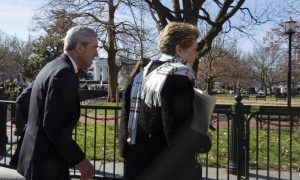 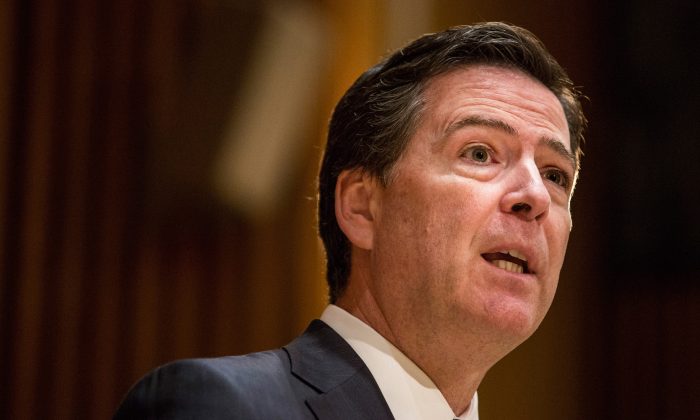 “So many questions,” Comey tweeted along with a photo of himself in a forest. He can be seen looking upwards while surrounded by large trees.

Mueller was appointed special counsel of investigation into alleged Russian interference into the 2016 election. It came shortly after Trump fired Comey in May 2017.

Before Comey’s tweet, Attorney General William Barr released a four-page summary about Mueller’s investigation and what it found.

Comey, in a recent opinion article written for The New York Times before Mueller’s report was released, said it would put at stake the “apolitical administration of justice.”

“I have no idea whether the special counsel will conclude that Mr. Trump knowingly conspired with the Russians in connection with the 2016 election or that he obstructed justice with the required corrupt intent,” Comey wrote. “I also don’t care.”

“I care only that the work be done, well and completely.”

Mueller’s office, which interviewed hundreds of witnesses and used dozens of FBI agents over 22 months, “did not find that the Trump campaign, or anyone associated with it, conspired or coordinated with Russia,” according to Barr’s letter, which was handed over to several Congressional officials on March 24.

“The Special Counsel therefore did not draw a conclusion—one way or the other—as to whether the examined conduct constituted obstruction … the Special Counsel’s report states that ‘while this report does not conclude that the President committed a crime, it also does not exonerate him,'” Barr’s letter said.

According to Barr, Mueller delegated the exoneration decision to the attorney general’s office. Both he and Deputy Attorney General Rod Rosenstein decided Mueller’s evidence didn’t establish that the president committed the obstruction of justice crime.

“The evidence is not sufficient,” Barr said of the obstruction charge.

“It was a complete and total exoneration,” he said, adding that it was an “illegal takedown that failed and hopefully somebody is going to be looking at their other side.”

Democrats Nancy Pelosi and Chuck Schumer said that Barr isn’t “a neutral observer,” reiterating their calls for the full release of Mueller’s report.

Pelosi, the House speaker, and Schumer, who is Senate Democratic leader, said in a joint statement that Barr’s summary to Congress about the report “raises as many questions as it answers.”

“Given Mr. Barr’s public record of bias against the Special Counsel’s inquiry, he is not a neutral observer and is not in a position to make objective determinations about the report,” they stated. “And most obviously, for the President to say he is completely exonerated directly contradicts the words of Mr. Mueller and is not to be taken with any degree of credibility.”

Ivan Pentchuokov contributed to this report