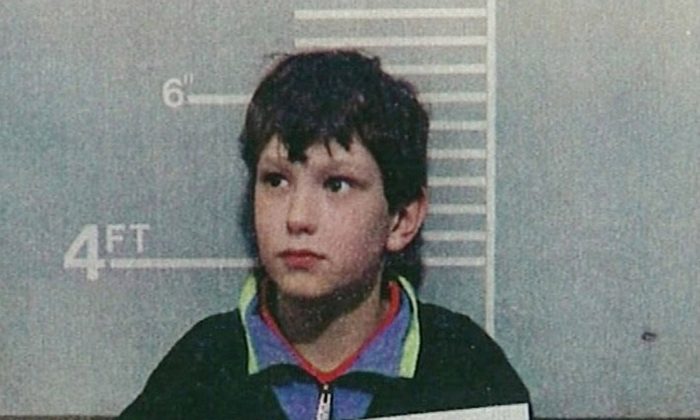 Jon Venables at 10 years of age, posing for a mugshot for British authorities on Feb. 20, 1993 in the UK. Both Venables and Robert Thompson tortured and killed 2-year-old James Bulger in Bootle, England. (BWP Media via Getty Images)
UK

James Bulger Killer Admits to Having Indecent Images of Children

One of James Bulger’s killers has pleaded guilty to having indecent images of children for the second time it has emerged.

Jon Venables pleaded guilty to having more than 1,000 child abuse images and a “pedophile manual” according to reports.

Venables, who has lifelong anonymity, admitted to having 392 category A images (the most serious), 148 from category B, and 630 from category C, Sky News reported.

The judge sentenced him to 40 months in jail after he admitted to the child abuse charges, according to ITV.

Sentencing, Mr. Justice Edis said, “This case is unique because when you were 10 years old you took part in the brutal murder and torture of James Bulger. That was a crime which revolted the nation and which continues to do so even after the 25 years that has passed since it happened,” ITV reported.

“The facts of what you did are notorious and there is no need for me to repeat them here.”

He served eight years for murder before being released on licence in 2001 with a new identity and granted lifelong anonymity.

It’s the second time that Venables has been caught with child abuse images. In 2010, he was jailed for two years after pleading guilty to downloading and distributing child pornography.

The judge ordered Venables’ laptop to be confiscated and made him the subject of an indefinite sexual harm prevention order, according to the BBC.

Bulger’s mother Denise Fergus and his father Ralph Bulger were in court to hear the latest guilty pleas, according to reports.

He pleaded guilty, via video link from custody, to having a “pedophile manual” on or before Nov. 17 last year.

Prosecutor Louis Mably described the manual as a “disgusting and sickening document which falls far below any recognisable standard of morality,” according to ITV.

The court was told that as Venables was being taken to a police station he told officers that he had “let people down,” Sky News reported.

A report found that he has a “high risk of real harm to children in the future” and a “long-term and profound interest in children,” the court heard.

Venables, along with his school friend Robert Thompson, were both 10 years old when they murdered 2-year-old James Bulger in 1993. The young boys tortured and killed the toddler in Liverpool. His battered body was found by a railway line.