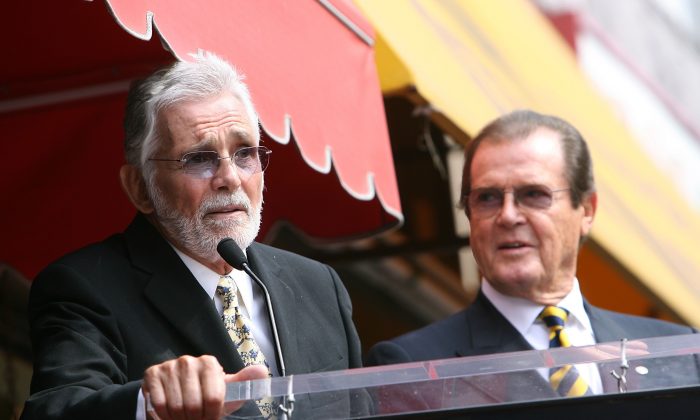 “Even in our deep sadness, we are comforted by the memory of our wonderful father,” his daughters Alexandra and Serena said in a statement, Variety reported. “He loved us all dearly and expressed that love every day. He was adored by so many, all of whom benefited from his warm and generous heart.”

“Our dad brought joy and humor wherever he went and did so with great style,” the statement said.

Hedison starred alongside Roger Moore in the 1973 James Bond film “Live and Let Die.” Then, in 1989, he portrayed the same character—CIA agent Felix Leiter—in “Licence to Kill,” featuring Timothy Dalton.

Moore and Hedison reportedly had a friendship off-screen, and in 2007 Hedison delivered a speech at the unveiling of Moore’s star on the Hollywood Walk of Fame.

According to Hedison’s bio on IMDB, his first significant role was in the 1958 science fiction-horror classic “The Fly,” in which he played a scientist whose matter transmitter experiments cause him to morph into a grotesque human-fly hybrid.

Hedison’s other credits include playing Spencer Harrison on the daytime series “Another World,” and Captain Lee Crane in the sci-fi television series “Voyage To The Bottom Of The Sea,” the latter arguably his most famous role.

Before embarking on an acting career, Hedison served in the Navy, according to IMDB, in the capacity of “a Seaman 2nd Class, working on mothballing decommissioned warships.”

His wife, Bridget, was a production associate on “Dynasty” and an assistant to the producer on “The Colbys,” Metro reported. She died in 2016.

He is survived by his two daughters Serena and Alexandra.

His death was announced on his official Facebook page. “Peter succumbed to a 10 year bout with adenoid cystic carcinoma, a rare cancer of the salivary glands,” the statement read.