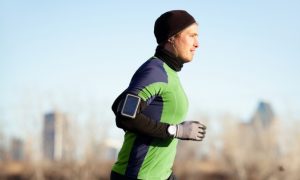 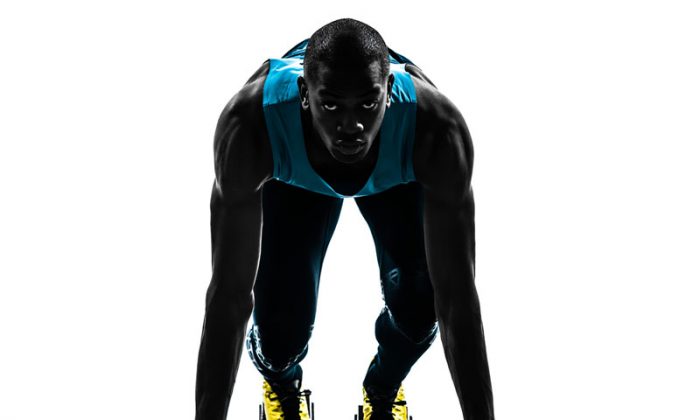 "If you watch someone running a 100-meter race, you can see his or her knees continually churning up and down, propelling the sprinter forward. Symmetry is very efficient," says Robert Trivers. (Shutterstock*)
Science

Researchers were interested to know why Jamaica, with a population smaller than that of Los Angeles, is home to so many of the world’s elite sprinters. Previous research had shown that the symmetry of children’s knees at age 8 predicts how fast a person runs 14 years later in life.

So they wondered if there was something about the symmetry of Jamaican runners’ knees that might partly explain their sprinting ability.

“We then asked, ‘Is the degree of symmetry positively associated with sprinting ability among the very best sprinters?'” says Robert Trivers, professor of anthropology and biology at Rutgers.

The research shows that the answer to that question is yes. Within all sprinters, those with the most symmetrical knees have the best times. This was particularly true of the 100-meter sprinters.

“You can easily imagine why,” Trivers says. “If you watch someone running a 100-meter race, you can see his or her knees continually churning up and down, propelling the sprinter forward. Symmetry is very efficient.”

For the study, published in the journal PLOS ONE, researchers measured the knees of 74 elite Jamaican sprinters and a control group of 116 non-sprinting Jamaicans of the same age and sex and similar in size and weight. They discovered that the sprinters’ knees were much more symmetrical than the knees of people in the control group.

The 74 sprinters were all members of the MVP Track and Field Club, and included Shelly Ann Fraser-Pryce, who holds two Olympic gold medals in the 100-meter sprint, and Nesta Carter, the man with the fifth fastest 100-meter runs ever recorded.

The 30 sprinters who specialized in the 100-meter race, which does not require turns, had the most symmetrical knees of all. Trivers attributes this finding to the fact that sprinters in longer races have to make left turns each time they run, and this turning may lead to or favor asymmetry over time, just as unbalanced wheels may lead to uneven tire wear on a car.

“So far as we know, this is the first time anyone has isolated a variable that predicts sprinting speed in the future as well as among the very best adult sprinters now,” Trivers says.

Scientists have long understood that bilateral symmetry is associated with advantages in animals that have it, including humans. Symmetrical individuals tend to be stronger, healthier, and better-looking. Symmetry also makes movement easier and saves energy.

While this study establishes a relationship between knee symmetry and running speed in elite sprinters, it does not establish a causal relationship, Trivers says.

In the future, Trivers plants to study the differences in the strength of sprinters’ right and left legs, to see whether the symmetry between them changes over time, and whether the race times of the sprinters change over time.

He is also interested in isolating the particular genes that make for great sprinters. People of West African genetic origins, including many Jamaicans, are known to have more “fast-twitch” muscle fibers, which produce energy from the body’s sugar rather than oxygen, and are good for short, intense bursts of activity.

Researchers from Wagner College, University of Gottingen in Germany, Northumbria University in England, and the MVP Track and Field Club in Kingston, Jamaica, contributed to the study.

*Image of “runner” via Shutterstock