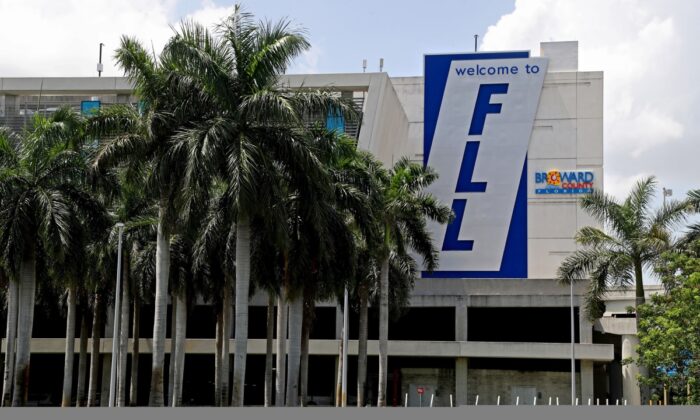 According to the U.S. Department of Justice, Shelian Cherine Allen, a 42-year-old Jamaican citizen, arrived at Fort Lauderdale-Hollywood International Airport on a flight from Montego Bay, Jamaica, on Feb. 3.

During a pat-down search in customs, the U.S. Customs and Border Protection discovered something hard protruding from Allen’s groin. After pulling a package of cocaine from her genitals, Allen willingly removed several pellets of cocaine from inside each of her bra cups, the grand jury indictment, and a criminal complaint say.

According to an arrest report, investigators asked Allen if she swallowed any cocaine but she denied doing so. Investigators pressed, saying they were concerned for her safety, and Allen admitted she had swallowed a number of packages of cocaine. Reports say she was taken to a hospital where she expelled 90 pellets of cocaine.

In total, Allen had approximately 1,350 grams of cocaine on or inside her body when she entered the United States, the government claims. That amount of cocaine has a street value of $37,000.

At the time of her arrest, Allen had been a law enforcement officer employed by the Jamaica Constabulary Force for 18 years.

Stashing drugs inside the body is a way to try and conceal drugs by drug mules, and can be deadly. Typically drugs are placed in latex gloves, condoms or small balloons. If swallowed, stomach acid can rupture the latex pellets and lead to acute cocaine toxicity.