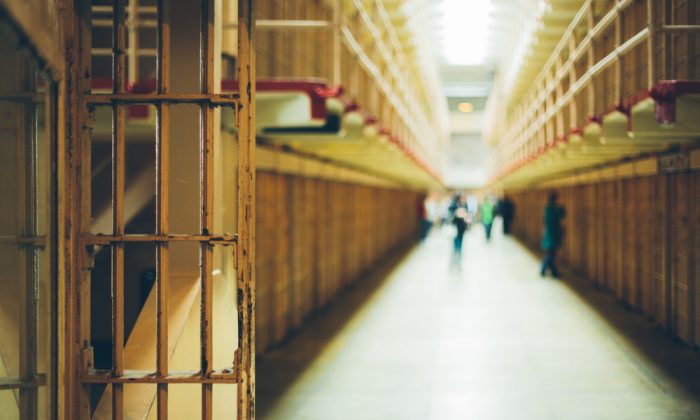 A disturbing jailhouse video shows deputies watch a schizophrenic man, who had been bound naked in a restraint chair for 46 hours, writhe on the floor and eventually die.

The almost eight-minute long video, obtained by The Tribune of San Luis Obispo, shows the final moments leading up to Andrew Holland’s death.

“What happened to Andrew Holland was a tragedy that impacts our entire community,” Horton told the Tribune in an email. “Although we can’t bring Andrew back, our county has made and continues to make changes in response to this terrible event.”

In its review of over 100 hours of jailhouse footage, the newspaper confirmed Holland was declared dead on Jan. 27, 2017, at 5:36 p.m, about an hour after he was released from a plastic restraint chair. The chair has since been banned in the state.

Holland, 36, suffered from schizophrenia since his early 20s and had been in and out of jail for more than three years, mostly minor offenses. He was last in custody on Sept. 30, 2015, on charges of battery, resisting an officer, and probation violations.

According to the Tribune, the 36-year-old was strapped into a chair after repeatedly hitting himself in his cell.

While he was strapped in the chair for almost two days, staff entered the cell every one and a half to two and a half hours to rotate his limbs and offer him water and food. The county policy requires staff to rotate inmate’s extremities to prevent blood clots from forming.

It is unclear if he was offered water and food on each visit from the footage—but he was not allowed to use the restroom.

He is transferred to another cell and is lying on a tile floor, naked with just a blanket. He appears to have trouble breathing and loses consciousness.

Deputies and paramedics enter the cell to try and revive him. During this time, the video shows one deputy smiling and talking to another.

According to The Associated Press, Holland’s mother, Sharon, told reporters last July that she had hoped her son’s life would change for the better.

“We had hope that his life would improve, but on January 22nd of this year, our son Andrew died a brutal and tortured death at the hands of the custodial staff at San Luis Obispo County jail,” she said.

A medical examiner determined Holland’s death was caused by a pulmonary embolism, in which a blood vessel is blocked in the lung, usually by a blood clot.

Holland’s family was awarded $5 million settlement for his death. The family said it will use the money to establish a nonprofit, The Associated Press reported and declined to comment further.