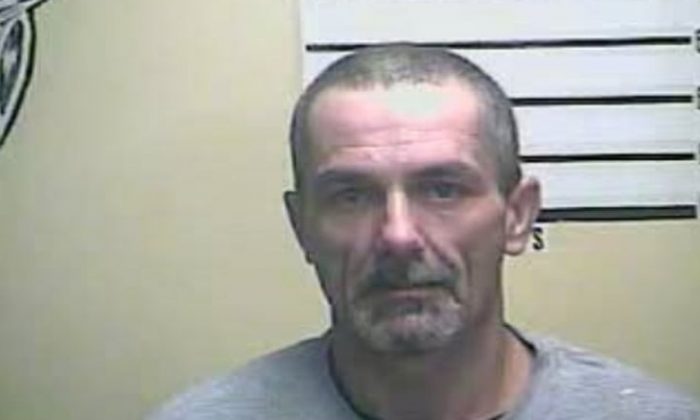 Johnny Dale Lankford, 42, was charged in connection with the attack. (Bell County Sheriff's Department)
US News

A Kentucky man who was in jail is accused of harboring a vicious animal after a Christmas Eve dog attack that left a woman dead and her husband hurt.

Lorriane Saylor, 66, was killed and her husband, Johnny Saylor, was hurt on Sunday morning, Dec. 24, by two pit bulls. They belonged to Johnny Dale Lankford, 42. The attack took place in Arjay, an unincorporated community and coal town in Kentucky.

The husband was able to shoot the dogs, killing one and injuring another, which wasn’t found until the next day. Deputies and an animal control officer killed the animal, Fox News reported.

Lankford was charged while he was at the Bell County jail, where he’s being held on unrelated charges of unlawful imprisonment, domestic violence, and assault, according to the report.

Saylor was killed after the dogs went for her neck, shoulder, and face in the attack, WYMT reported.

Her husband was also attacked when he went outside to look for his wife.

“Early this morning Johnny Saylor woke up at his home looking for his wife, Lorraine, who was normally awake before him. His search lead him outside to his porch where he was attacked by two dogs described as both being pit bulls. The dogs grabbed Johnny Saylor attempting to pull him to the ground by his arm,” the Bell County Sheriff’s Department said in a statement.

“They had my brother halfway out the door, chewing on his arm,” James Saylor, his brother, told WYMT.

James said that when he stepped outside, he threw a doorstop at the dogs in hopes of distracting the animals.

According to the department’s news release, the dogs “released Johnny and he went back into his home to get a .22 caliber pistol.” Johnny then “used the pistol to shoot one of the pit bulls in the chest as it lunged at him,” the sheriff’s department said.

“Saylor then searched for his wife in the front of the house and discovered her lying on the ground. As he was checking on her, the second pit bull was standing a short distance away from him. Fearing for his life, Johnny Saylor shot the dog killing it,” it said.

Lorraine Saylor was pronounced dead at the scene of the attack.

The Bell County Sheriff’s Department said the attack took place off Highway 66 in the Wiser Branch area of Arjay.