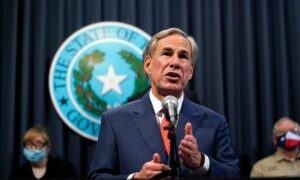 Jailbreak iOS 8: TaiG 8.1.3 Could be Unsafe; Also a Few Updates on Pangu

The latest iOS 8 jailbreak is out from TaiG (version 8.1.3 ), but Apple is saying that it might not be a good idea to download the update yet.

It’s worth noting that Apple isn’t too fond of customers jailbreaking their iPhones or iPads.

TaiG also hasn’t confirmed if iOS 8.1.3 breaks the jailbreaking tool. “TaiG has not yet confirmed whether iOS 8.1.3 breaks its jailbreak tool, but reports on the MacRumors forums and on Twitter suggest that is indeed the case. Apple’s support document detailing the security fixes in iOS 8.1.3 credits the TaiG jailbreak team for finding four now-patched vulnerabilities in the operating system,” says MacRumors.com.

The jailbreaking software should only be downloaded and used until a jailbreak developer comments on it.

“While it’s unclear if iOS 8.1.3 patches up the TaiG iOS 8 jailbreak currently, it’s best to stay away from the latest update until we hear an official word from a jailbreak developer who has had time to look through the code and see if Apple patched up any of the exploits used to jailbreak the OS,” notes GottabeMobile.com.

iOS 8.2 is still in the works, and Apple is slated to release it in a few months. Apple is also still signing iOS 8.1.2.

It’s also not clear yet if iOS 8.1.3 patches the Pangu jailbreak.