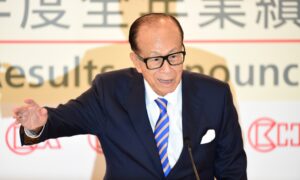 Jail Sentence for Online Writer, the Third This Year

By Committee to Protect Journalists

New York—The Committee to Protect Journalists today condemned the conviction of freelance journalist Zheng Yichun, the third Internet journalist this year to be sentenced to jail by Chinese authorities. A court in the northeastern port city of Yingkou on Tuesday handed Zheng a seven-year jail term to be followed by three years’ deprivation of political rights, according to CPJ sources. He was tried twice on the same charge this year in highly irregular proceedings, the sources said.

“Zheng has done nothing more than express his opinions, a right that is guaranteed to all Chinese citizens,” said CPJ Executive Director Ann Cooper. “The Chinese government has made a mockery of the legal proceedings that it has brought against Zheng, who does not deserve to be in jail.”

Authorities detained Zheng on December 3, 2004 after he criticized Communist Party leaders. Zheng, a former professor who wrote hundreds of articles for online news sites that are blocked in China, including Epoch Times, was convicted of “inciting subversion” through his writings. Epoch Times is associated with the banned Falun Gong religious sect.

Zheng was initially tried by Yingkou Intermediate People’s Court on April 26, 2005. No verdict was announced. On July 21, he was tried again on the same charges. As in the April 26 trial, proceedings lasted just three hours. Though officially “open” to the public, the courtroom was closed to all observers except close family members and local government officials. Zheng’s supporters and a journalist were prevented from entering, according to a local source.

Zheng is diabetic, and has not received adequate treatment in prison, according to his brother.

Sources familiar with the case believe that Zheng’s harsh sentence may be linked to Chinese leaders’ objections to the Epoch Times series “Nine Commentaries on the Communist Party,” a widely read and controversial look at Chinese Communist Party history and current practices.

Zheng is the third journalist to be sentenced to jail for transmitting information and opinions online in 2005, according to CPJ research. Journalist Shi Tao was sentenced to ten years in prison for sending information abroad in an e-mail. Zhang Lin, now on hunger strike after receiving a five-year sentence, wrote online about events that were blocked from mainstream news coverage, including protests by unemployed workers.