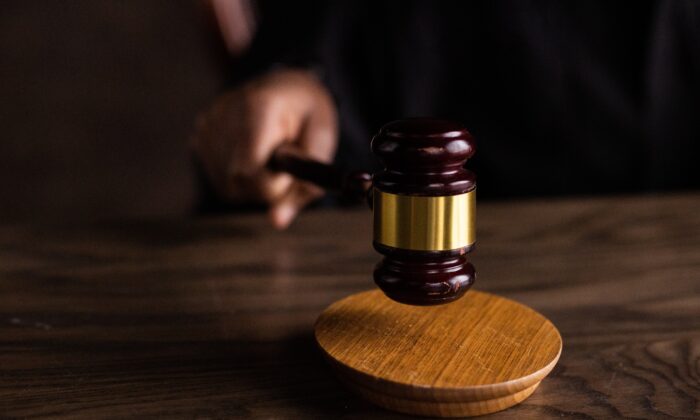 The trial of a male corrections officer in Indiana who allegedly took money in exchange for allowing male inmates to enter the cells of 28 female inmates and sexually assault them over a period of several hours last year, has been rescheduled for the fifth time, this time for Sept. 20.

David Jason Lowe, 30, who was slated to stand trial on Aug. 9, is accused of providing keys to two inmates to unlock the cells of the women, most of them being pretrial detainees being held on minor crimes.

The two inmates brought other inmates with them, according to a police report based on a videotaped interview of Lowes. In it, he admits that he was paid $1,000 for what prosecutors called “trafficking” the women “with an inmate.” Lowe also admitted to leaving the door that led to the women’s pod open for the inmates.

Lowe told police that after taking the money and providing the inmates with keys, he turned “his back to the door to allow inmates access.” Some of the incident was captured on cameras inside the Clark County Jail, which happens to be the setting for A&E’s “60 Days In,” which highlights its violent and volatile environment.

A civil lawsuit recently filed in the matter against Lowe along with Clark County Sheriff Jamey Noel and unnamed deputy sheriffs provides a more detailed account of the violent attacks the women endured.

“The males threatened, assaulted, and raped the females over the course of multiple hours,” the complaint reads.

According to the complaint, some of the inmates covered their faces with towels. Hours into the assault, one of the female victims was able to reach an emergency button and activate it. Many of them screamed for help. But no one came to their aid.

When jail guards finally did show up at the cells of the women, they informed the females that they had “lost their dark privileges,” according to the complaint. It also alleges that the women were subject to a shakedown, during which guards took many of their personal items.

Betteau Law Offices in New Albany, Indiana, which filed the suit on behalf of the women, is seeking damages for the pain and suffering the women endured during the sexual assaults.

According to vital records in the case, Lowe is 5’6″ and weighs 140 pounds. He’s listed as being from New Salisbury, Indiana.

The state charged Lowe with one count of aiding, inducing, or causing escape of inmates, a low-level felony. It also charged him with official misconduct, also a low-level felony, and one count of trafficking with an inmate, classified as a Class A misdemeanor under Indiana’s criminal code, the same as petty theft or drunk driving.

Lowe wasn’t charged under the state’s more severe accomplice liability laws. Under the laws, a person is charged as a principal in the second degree when they “knowingly or intentionally help the principal in the first degree commit the crime.”

“In the course of committing such gross misconduct, male officers have not only used actual or threatened physical force, but have also used their near total authority to provide or deny goods and privileges to female prisoners to compel them to have sex,” the investigation report reads.

The report also found that male officers often used mandatory pat-frisks or room searches to grope women “and to view them inappropriately while in a state of undress in the housing or bathroom areas.”

According to a report, the U.N. Standard Minimum Rules for the Treatment of Prisoners were once used to preclude male officers from holding contact positions with female inmates. However, HRW reported in its study that this changed under the passage of the Civil Rights Act of 1964, which prohibits denying a person employment on the basis of their gender.