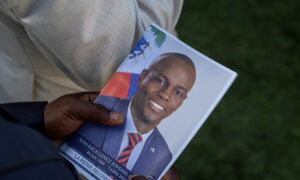 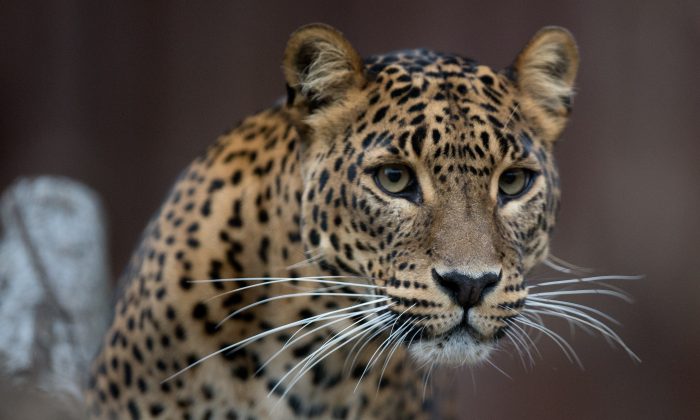 An American Jaguar strolls through its enclosure at Bratislava's Zoo on November 13, 2014. (JOE KLAMAR/AFP/Getty Images)
Americas

SAO PAULO—A jaguar used in an Olympic torch relay ceremony was shot to death after it escaped its leash and tried to attack a soldier, the Brazilian army said Tuesday.

The army’s press office said that Juma the jaguar was on display as part of ceremonies Monday at the Jungle Warfare Instruction Center in Manaus. The Olympic torch is traveling throughout Brazil leading up to the Aug. 5 opening ceremony.

“Juma was a docile animal used to living among people at the center,” the army said in a statement, adding that soon after the ceremonies ended Juma escaped from his leash and fled into the zoo maintained by the center.

When the jaguar tried to attack a soldier sent to help recapture it, handlers shot the animal with tranquilizers. That failed to stop it, so the animal was shot with a pistol in the head.

“We were wrong to allow the Olympic Torch, a symbol of peace and of the union among the peoples to be displayed alongside a wild animal in chains,” the local Olympic organizing committee said on it Facebook page. “This scene is contrary to our beliefs and values. We are very sad with the outcome that happened after the passing of the torch. We guarantee that we will not see more situations like this in the Rio 2016 Games.”

Ibama, Brazil’s environmental protection agency, told the Amazonia Real news agency it did not authorize Juma’s presence at the event.

“It is unfortunate and sad that these animals are being exposed to events like this,” Ibama told Amazonia Real.

Diogo Lagroteria, a veterinarian and environmental analyst at Ibama, told the G1 news portal that a jaguar can never be considered a domesticated or docile animal.

“The incident happened due to the simple fact that it was a jaguar and wild animals will always be wild animals. There is no way to predict their reaction to this kind of situation.”

The shooting of the jaguar follows the recent killings of a gorilla at a Cincinnati zoo and alligators at Walt Disney World in Orlando. The deaths have sparked outrage among animal rights groups.

“PETA urges everyone who is upset by the needless death of this jaguar, the gorilla Harambe, or countless other exploited wild animals to stay far away from any business that puts living beings on display for human amusement,” the People for the Ethical Treatment of Animals, or PETA, said in a statement.