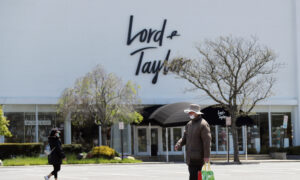 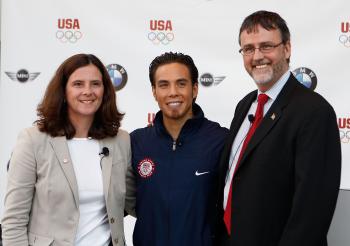 Jack Pitney, Vice President of Marketing for BMW of North America (R), during a press conference announcing the BMW Group has agreed to a six-year partnership with the U.S. Olympic Committee on July 26 in New York City. (Mike Stobe/Getty Images)
Business

By Resa Xu
Print
Jack Pitney died in an accident yesterday, aged 47, only days before he was due to become BMW’s vice president of marketing for the eastern U.S.

Pitney passed away at his farm in New York, where he was on a vacation. According to NJ.com, he was using a tractor to pull out a tree stump when the vehicle flipped over. Sheriff deputies found him underneath the tractor at 12:40 p.m., said NJ.com.

Pitney began working at BMW in 1995, in the communications department. He was the general manager of the Mini Cooper in 2001, at age 38. On September 1, he was to be promoted to the position of vice president of marketing at BMW.