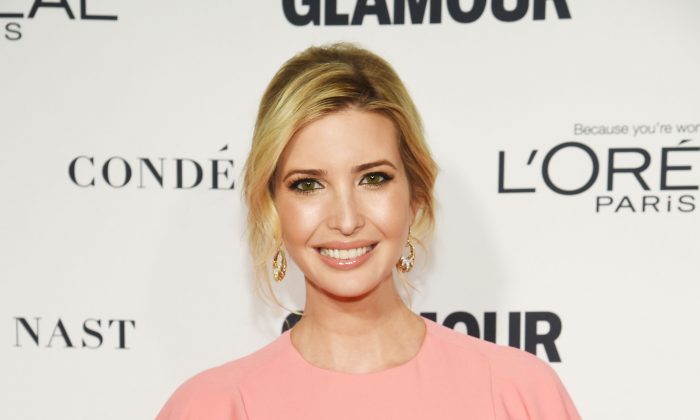 Ivanka Trump shared her first family portrait on April 25—via social media—since the birth of her new son, Theodore.

The photo was taken at Theodore’s bris on April 3, when he was just 8 days old, according to People. It features Ivanka along with husband Jared Kushner, 4-year-old daughter Arabella, 2-year-old son Joseph, and Theodore, who was born on March 27.

“Our first picture as a family of five! Thank you for all of the love and well wishes,” the Instagram caption read.

Our first picture as a family of five! Thank you for all of the love and well wishes.

The 34-year-old designer, who converted to Judaism before marrying Kushner in 2009, recently told People her older children are very comfortable with the new addition to the family.

“My daughter is very independent, plus she’s incredibly confident of her place within the home,” the businesswoman said. “So for her I was not too worried about the transition.

“I was a little more worried about [Joseph], he’s very much a mama’s boy … [but] he’s loved it,” she said. “He loves giving Theodore his bottle, he loves snuggling with us for books, he’s always trying to kiss him.”