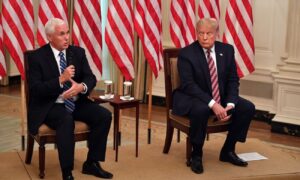 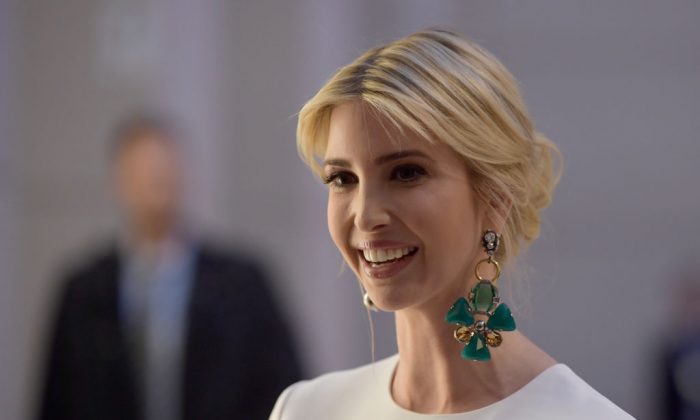 Ivanka Trump, daughter of U.S. President Donald Trump, arrives at a Gala Dinner at Deutsche Bank within the framework of the W20 summit on April 25, 2017 in Berlin, Germany. (Clemens Bilan/Getty Images)
US

The daughter of President Donald Trump, Ivanka, condemned the violence at the white nationalist rally in Charlottesville, Virginia.

“There should be no place in society for racism, white supremacy and neo-nazis,” she tweeted on Sunday morning.

“We must all come together as Americans — and be one country UNITED,” Ivanka added.

Ivanka and husband Jared Kushner are Orthodox Jews and they observe the Sabbath, which starts Friday night and runs through Saturday. They do not engage in social media on that day.

1:2 There should be no place in society for racism, white supremacy and neo-nazis.

2:2 We must all come together as Americans — and be one country UNITED. #Charlottesville

During a press conference at his New Jersey golf course on Saturday, President Trump condemned the violence.

“The president has been very clear, we cannot tolerate this kind of bigotry, this kind of hatred. And what he did is he called on all Americans to take a firm stance against it,” said White House National Security Adviser H.R. McMaster, according to USA Today.

“The president called out anyone who is responsible for fomenting this kind of bigotry, hatred, racism and violence. I think the president was very clear on that.”

A 20-year-old Ohio man, James Fields Jr., was charged with second-degree murder for plowing his Dodge Challenger into a crowd of counter-protesters, killing one.

Heyer’s friends and family confirmed her death, with friend Felicia Venita Correa setting up a GoFundMe page to raise money for her family.