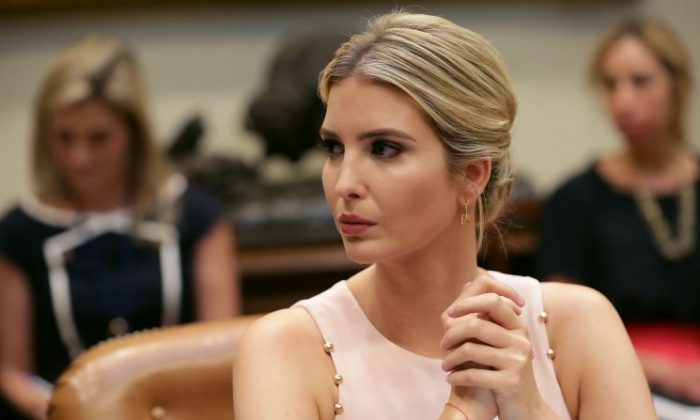 Assistant to the President and Donald Trump's daughter Ivanka Trump hosts a listening session with military spouses in the Rooselvelt Room at the White House August 2, 2017 in Washington, DC. (Chip Somodevilla/Getty Images)
US News

“Malia Obama should be allowed the same privacy as her school-aged peers. She is a young adult and private citizen, and should be OFF limits,” Ivanka Trump said in a tweet.

Malia Obama should be allowed the same privacy as her school aged peers. She is a young adult and private citizen, and should be OFF limits.

The video has since been deleted from Instagram. Several websites picked up the video over the weekend.

The picture of Malia Obama smoking should remind us all that privacy is a thing of the past. Once you leave your house, you can and will be photographed constantly by security cameras and other people. Young Malia was betrayed – what else is new.

On Friday, former first daughter Chelsea Clinton tweeted: “Malia Obama’s private life, as a young woman, a college student, a private citizen, should not be your clickbait. Be better.”

In 2013, the White House slammed the press for posting pictures of Malia’s vacation in Mexico online.

“From the beginning of the administration, the White House has asked news outlets not to report on or photograph the Obama children when they are not with their parents and there is no vital news interest,” Kristina Schake, the ex-spokeswoman for the former first lady, said at the time, according to CBS. “We have reminded outlets of this request in order to protect the privacy and security of these girls.”

Hours after President Trump was sworn into office in January 2017, a National Post writer made a crude comment about Barron. The writer, Ashley Csanady, left the tweet up for a day before she deleted it and apologized. “Saturday Night Live” writer Katie Rich also deleted a tweet predicting that “Barron will be this country’s first homeschool shooter.”

The controversy this weekend prompted some on Twitter to question the narrative, saying attacks on Barron, 11, reveal a double-standard in the media.