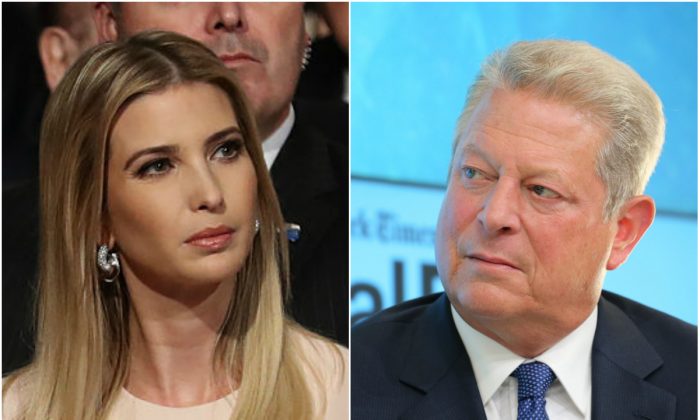 Ivanka Trump is meeting with former Vice President Al Gore, who is an aggressive advocate on the idea that humans are causing climate change.

Ivanka Trump is a member of her father’s transition team, and aides told reporters Monday that the session would take place later in the day.

Ivanka Trump is viewed as being to the left of most Republicans on a range of issues, including climate change.

On some level, we are all Al Gore getting into the Golden Elevator of Terror at Trump Tower pic.twitter.com/R7t9i8vkVT