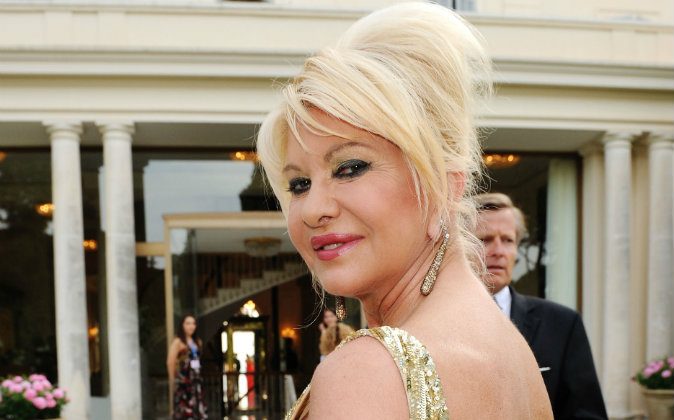 Ivana Trump at the Cinema Against AIDS 2009 benefit at the Hotel du Cap during the 62nd Annual Cannes Film Festival on May 21, 2009 in Antibes, France. (Pascal Le Segretain/Getty Images for amfAR)
US News

Ivana Trump’s Cause of Death Revealed

The cause of death of Ivana Trump, the mother of three of former President Donald Trump’s adult children, has been determined by the New York City Office of Chief Medical Examiner (OCME).

The OCME on Friday said Ivana Trump died after an accidental fall that resulted in blunt impact injuries to the torso, Fox News reported.

“Having released this determination, OCME will not comment further on the investigation,” an OCME spokesperson said in a statement obtained by the outlet.

Authorities said that police in New York City responded to a call of a person in cardiac arrest on East 64th Street on the Upper East Side at 12:40 p.m. ET. According to ABC7, the person was identified as Ivana Trump.

Ivana Trump, 73, who died Thursday, was remembered by the Trump family as “an incredible woman—a force in business, a world-class athlete, a radiant beauty, and caring mother and friend.”

“Ivana Trump was a survivor. She fled from communism and embraced this country,” the Trump family statement continued.

Ivana Trump was born in the former Czechoslovakia, a Warsaw Pact country that was controlled by the Soviet Union until its dissolution in the early 1990s.

She was the mother to Donald Trump Jr., Ivanka Trump, and Eric Trump. Donald Trump has two other children—Barron and Tiffany Trump.

Ivana Trump “taught her children about grit and toughness, compassion and determination,” the Trump family added. “She will be dearly missed by her mother, her three children, and ten grandchildren.”

On Truth Social, the former commander-in-chief praised Ivana as a “wonderful, beautiful, and amazing woman who led a great and inspirational life … rest in peace, Ivana!”

“I am very saddened to inform all of those that loved her, of which there are many, that Ivana Trump has passed away at her home in New York City,” former President Trump also wrote.

After leaving Czechoslovakia, she married Donald Trump in 1977. The pair got divorced in 1992.

Following their divorce, Ivana Trump developed her own lines of clothing, jewelry, and other products. She also authored several books, including one called “Raising Trump,” as well as an advice column.

Her most recent ex-husband, Rossano Rubicondi, died in 2021. She later confirmed to People magazine at the time that she was “devastated” by his passing.