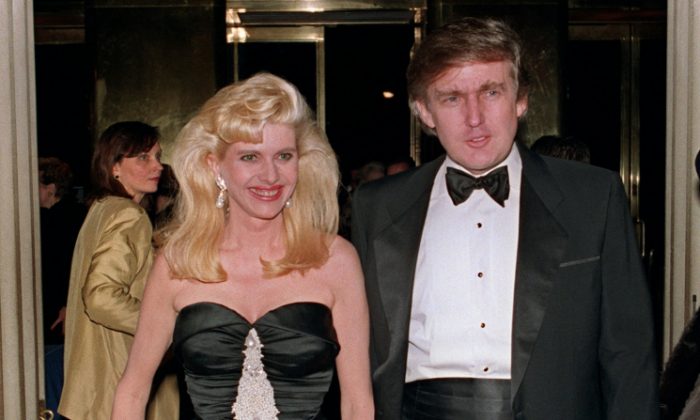 Ivana Trump, President’s Ex-Wife, Says He Is ‘Definitely Not Racist’

President Donald’s Trump’s former spouse told the hosts of a UK morning show on Monday that the president “is definitely not racist.”

Ivana Trump was asked about contested allegations that Trump used a slur when referring several third-world countries during a meeting with six senators. The Washington Post first reported on the remark citing unnamed sources briefed on the content of the meeting.

“I don’t think Donald’s is racist at all,” Ivana Trump told Good Morning Britain. “Sometimes he says things which are silly or he doesn’t really mean them or something like that. But he is definitely not racist. I’m sure of that.”

Ivana Trump was married to President Trump for 15 years from 1977 to 1992. She described the marriage as problem-free and said that Trump always treated her well. The couple had three children: Ivanka, Donald Jr., and Eric.

Ivana Trump’s made the comments as part of a book tour for her work titled “Raising Trump.” Her remarks came hours after the president told reporters in Florida on Sunday night that he’s not a racist.

“I’m not a racist,” President Trump said. “I am the least racist person you have ever interviewed. That I can tell you.”

Ivana Trump also supported the president’s use of Twitter to communicate directly to the American public.

“I think the tweeting is actually not a bad idea because you speak to the press and the press changes every word you say,” Ivana Trump said. “They twist it. Whatever is said, it comes [out a] totally different way.”

“If he tweets, it’s out of his mouth. Sometimes it may not be clear, but at least it is exactly what he thinks,” she added.

President Trump has amassed a following of almost 47 million on Twitter. He regularly uses the platform to counter a severe media bias against his administration.

Trump recently tweeted that he will hold a “Fake News Awards” on Wednesday this week.

Ivana also confirmed Trump’s assertion that he is a “stable genius,” when the hosts asked her about an anti-Trump book written by a gossip columnist with a reputation for distorting the truth.

In this book, author Michael Wolff makes unsubstantiated claims about Trump’s mental state. Trump took to Twitter to slam the author, calling the work a “fake book,” and referred to himself as a “very stable genius.”

“I don’t think Donald is going to do anything irrational,” Ivana Trump said. He’s very stable, very focused, very organized. When he sets his goal on something he does it.”