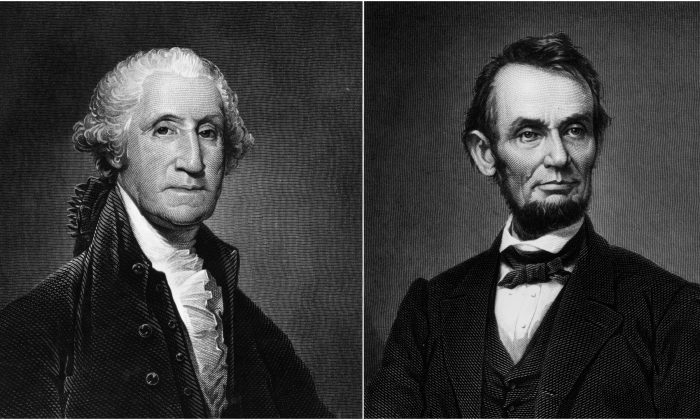 Ceremonies, traditions, and holidays are important to any group that wishes to be “one people” joined together by something more than mere force or geographic chance.

In an increasingly diverse America, our religious holidays such as Christmas and Thanksgiving have been secularized to include a wide swath of the population. For others, such as Labor Day and Martin Luther King Jr. Day, we have all largely come to agree to take the day off from work together, even if many of us don’t share much of actual substance in the celebrations.

In February, however, we have a holiday that it’s time to abandon for the good of the nation. Presidents Day isn’t only a vacuous holiday but is also constitutionally unsound.

Commemorating Washington’s birthday reminds us of his greatness as our Founding Father. We can remember his heroic leadership during the Revolution, bringing together a rag-tag group of inexperienced and ill-equipped colonials to defeat an empire. We remember how he shook the very foundations of political power when he resigned his commission, becoming the first conquering military leader in 2,000 years to make such a selfless act. We remember his risking his fame and reputation to preside over the Constitutional Convention and then serve as president not once, but twice. We can remember and be thankful for his establishment of our federal government, setting all the precedence.

Commemorating the birth of Lincoln reminds us of how greatness can rise from the humblest poverty. We remember his simple log cabin, his self-education, and his ambition to rise above the circumstances into which he was born. With Lincoln, we can remember the union and the great cost of being culturally divided on core moral and political issues. We can remember our horrific history as a nation that supported chattel slavery, and we can remember our uneasy rise out of that original national sin. We can remember the martyring of one of our servants and meditate on what, sometimes, is the price of leadership.

In 1971, however, President Richard Nixon issued an executive order, pursuant to a 1968 act of Congress, that moved Washington’s official birthday celebration from Feb. 22 to the third Monday of February, in order to give workers another three-day weekend. Though it remains legally George Washington’s birthday, it fell between Lincoln’s and Washington’s birthdays, and, in the popular imagination, it came to stand for a commemoration of both presidents in particular, and all presidents in general. The holiday is almost universally now known simply as “Presidents Day.”

Since the creation of Martin Luther King Jr. Day, fewer and fewer schools and businesses commemorate Presidents Day with the day off, but it still sits on the calendar and has primarily become an excuse for cartoonish ads selling mattresses and cars. What have we lost in these changes?

First, with the loss of Washington’s birthday, we have lost a holiday that once reminded us of true greatness and called us to be worthy of the man who risked everything for the nation he loved. Remembering Lincoln can be equally edifying.

Now, we have the more general “Presidents Day,” I suppose we are to celebrate such towering men of achievement as James Buchanan, Grover Cleveland, and William Henry Harrison. Or are we to remember the good character of Nixon, perhaps, or the bold leadership of the sweater-wearing Jimmy Carter? Lumping true greatness in with just anyone who might ever have served in office, we lose the value of the holiday to call us to personal virtue and constitutional service.

Presidents Day also is constitutionally confused, as it takes one office out of our constitutional order and holds it up for special celebration, thereby diminishing our other vital institutions, in comparison.

The framers of our political order gave us a system of separated powers, and checks and balances. They put Congress as the first institution and built a system around representation, and the rule of law passed through that complex system of representation. Celebrating Presidents Day, on the other hand, reinforces the modern reorientation of our system to one reliant on presidential agenda-setting and, often, unilateral presidential action.

Returning to celebrating Washington’s birthday would be more constitutionally faithful and might be more edifying for our rising generation. And, maybe, we would be spared some of the cartoon characters in stovepipe hats or knee breeches trying to sell us mattresses every February, too.