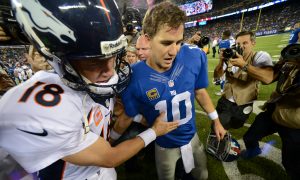 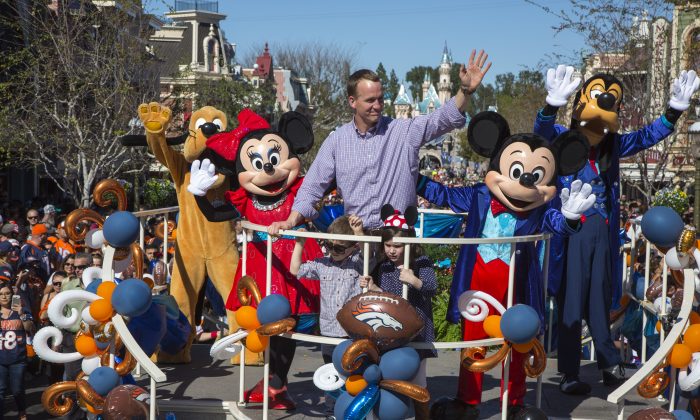 Peyton Manning joined the Disney characters in a float with his children, Mosely and Marshall. (Paul Hiffmeyer/Disneyland Resort via Getty Images)
NFL

Following in the footsteps of nearly every quarterback since 1987 that wins the Super Bowl (save for a few), Peyton Manning immediately headed to Disneyland to celebrate the win with Mickey, Minnie, Goofy and others—even though there was no traditional commercial to commemorate the event.

The moment of course was captured on camera with Peyton along with his kids, 4-year-old twins Mosley and Marshall.

Manning wasn’t the MVP of Super Bowl 50 (that was Broncos LB Von Miller) but the five-time NFL MVP managed the offense and threw for 141 yards in the 24–10 win.

Even though this was Manning’s second Super Bowl win, he didn’t actually go see Mickey and Minnie nine years ago following after firstone, a Colts 29–17 victory over the Bears in Super Bowl XLI. Instead, Colts running back Dominic Rhodes and coach Tony Dungy went.

Last year Julian Edelman and Malcolm Butler of the New England Patriots made the journey as Tom Brady has already gone twice before.