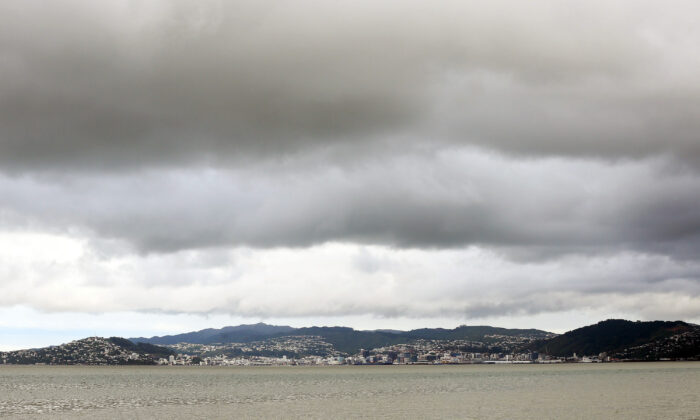 After a decade of inactivity, New Zealand now has an official “mainstream” communist party again.

While New Zealand has a multitude of Trotskyist sects and Stalinist micro-parties, the country has lacked an internationally connected traditional communist party since the late-2000s demise of the Socialist Party of Aotearoa.

With the November 2019 founding of the New Communist Party of Aotearoa (NCPA), New Zealand revolutionaries are again integrated into the resurgent international communist movement.

The original Communist Party of New Zealand (CPNZ) was founded in 1921 and was for 40 years the dominant Marxist-Leninist group in the country. The CPNZ maintained close ties to the Soviet Union, People’s Republic of China, and other socialist countries.

After the Sino-Soviet split of the early 1960s, New Zealand’s communist movement split into a tiny pro-China CPNZ and a much larger labor union-based Socialist Unity Party (SUP). While likely never more than 500 members strong, the SUP, working through the labor movement, became extremely powerful.

In 1984, at the behest of the Soviet Union, the SUP was even able to coerce and cajole the ruling New Zealand Labour Party into banning U.S. nuclear warships from New Zealand ports—destroying the Australia New Zealand United States (ANZUS) military alliance in the process.

By the late 1980s, the SUP’s closeness to the Labour Party and its tolerance for the free market economic policies of Labour finance minister Roger Douglas led to tensions in the communist movement. In 1990, most of the Auckland branch of the SUP broke away to form the more orthodox communist Socialist Party of Aotearoa (SPA).

The alternative name for New Zealand, “Aotearoa,” is a contrived translation of the native Maori term for “land of the long white cloud.” It’s widely used by the New Zealand left (Socialist Aotearoa, Radical Society of Aotearoa, Peace Council of Aotearoa/NZ, Green Party of Aotearoa/NZ, Campaign Against Foreign Control of Aotearoa) and was popularized in the 1890s by then New Zealand Minister of Education William Pember Reeves—later a member of the British socialist Fabian Society in London.

For a time there were two “mainstream” communist parties in New Zealand. By the late 1990s the SUP had collapsed. The SPA held on until at least around 2009 before apparently fading away.

The NCPA was founded in the capital Wellington on Nov. 21–22, 2019. Guests at the inaugural congress included representatives from the Communist Party of Australia (CPA), the Cuban Embassy, and the Chinese Academy of Social Sciences (CASS).

Jamie Morgan, also in his 20s and studying at a Wellington-based university, is Deputy Secretary of the NCPA Central Committee. Comrade Morgan represented the NCPA at the Anti-Imperialist Meeting of Solidarity for Democracy and against Neoliberalism held from Nov. 1 to 3, 2019, in Havana, Cuba.

Most other members also appear to be in their 20s or 30s, though it’s possible some older SPA members who have wished the new venture well may be drawn into the NCPA.

So far NCPA has two branches in Wellington, one in Auckland, and a small presence in Palmerston North. An early Dunedin branch has already imploded, and so far little has happened in Christchurch and Hamilton.

Almost all of the NCPA’s mass work, rallies etc. to date has been confined to Wellington.

The NCPA “strives to build and strengthen two types of unions: labour unions and a new type of union—the revolutionary community union,” according to a report on their website.

To this end, the party is working to establish the Hospo Workers Union for hospitality workers and a Wellington-based Aotearoa Community Union (ACU).

The ACU is “inspired by tenants’ unions that exist in the United States and the United Kingdom, such as ACORN UK.”

Overall, without foreign help, prospects for the NCPA look dim. The extreme youth and lack of experience of the leadership and lack of an industrial base and a labor union revenue stream will make growth very difficult

If the NCPA survives and prospers it will only be with the help of Chinese and Cuban “diplomats” and the more established Australian communist movement.