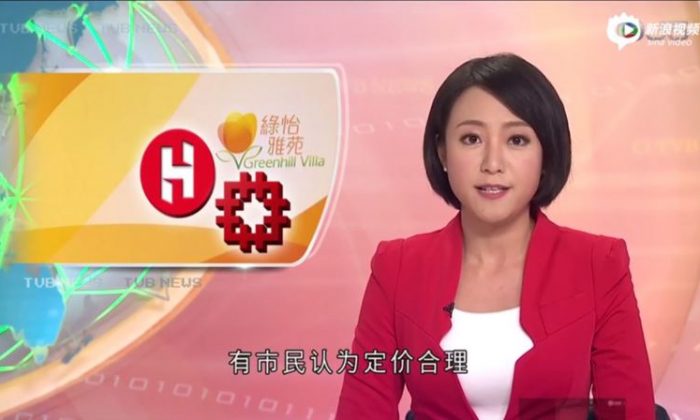 It’s (Not) Only Words: Hongkongers Freak Out After Seeing Mainland Chinese Characters on the Local News

A Hong Kong television station made Hongkongers’ blood run cold when it aired a program with subtitles in Chinese characters used in the mainland.

As of late afternoon on Feb. 24, more than 13,000 viewers have lodged a complaint with the Hong Kong government’s media regulator after local broadcaster TVB used simplified Chinese characters for a news bulletin on Feb. 22, according to Apple Daily, a Hong Kong daily newspaper. In Hong Kong, Chinese subtitles have always been in the traditional script.

TVB’s Facebook page was bombarded with complaints from Facebook users from Hong Kong, many of whom called TVB’s action “a violation of the 50-year promise set out in the Basic Law”—a reference to the Chinese regime’s guarantee not to interfere with Hong Kong’s way of life according to the “One Country, Two Systems” framework—and demanded an apology. One Facebook user, “Hoke Wong,” questioned whether Beijing had ordered the use of the simplified Chinese script. Another Facebook user chastised TVB for becoming “a Communist Party puppet, abandoning Hongkongers.”

Hong Kong politicians too voiced their displeasure. Lawmaker Gary Fan wrote on his Facebook page that TVB’s action was an effort to “wipe out Hong Kong’s local culture.” In an interview with New York-based broadcaster New Tang Dynasty Television, Roy Tam, a legislator from the pro-democracy camp, said: “We worry that there is self-censorship for news and other programs on every level in the cable networks.”

In statement on the issue, TVB said “Hong Kong is an international city” and that the “new arrangement” would offer their viewers “more choice and better serve different audience needs.”

Mainland media noticed the quarrel and promptly chimed in. The Global Times, a state-run nationalistic publication, criticized those who viewed the two Chinese scripts as representative of one’s identity as “ignorant.” “The promotion of simplified Chinese dated back to the 1920s and 1930s, during which “the Nationalist government adopted [the simplified Chinese characters] to help people to learn and wipe out illiteracy,” the article wrote in clumsy attempt at historical fabrication.

The Nationalists stuck with the traditional script, and brought it with them to Taiwan off the coast of south China in 1949 after being beaten by the Chinese Communist Party in a protracted civil war. Today, the people of Taiwan still use traditional characters.

Under Chairman Mao Zedong, the Communist Party simplified Chinese characters in the 1950s after more radical plans to use latin letters were abandoned. Hong Kong, then a British colony, escaped the communist language experiment.

TVB’s move came just days after another language controversy in Hong Kong. Victoria Beckham, the former Spice Girl and wife of retired soccer star David Beckham, had originally announced the opening of her new clothing store in Hong Kong on social media using simplified Chinese characters, much to the chagrin of Hongkongers.

Hongkongers have become increasingly concerned in recent years over what they perceive to be the Chinese regime efforts to tighten its grip over the semi-autonomous region. Fears that communist China’s influence is rapidly eroding indigenous Hong Kong culture and freedoms are reflected in “Ten Years,” a hugely popular 2015 Hong Kong movie that outgrossed the international hit “Star Wars: The Force Awakens” in some theaters when it was first released. In one of the film’s five short stories, a Cantonese-speaking local taxi driver is driven out of work because he cannot speak Mandarin, the official dialect on the mainland and new legal work requirement in a fictional 2025 Hong Kong.